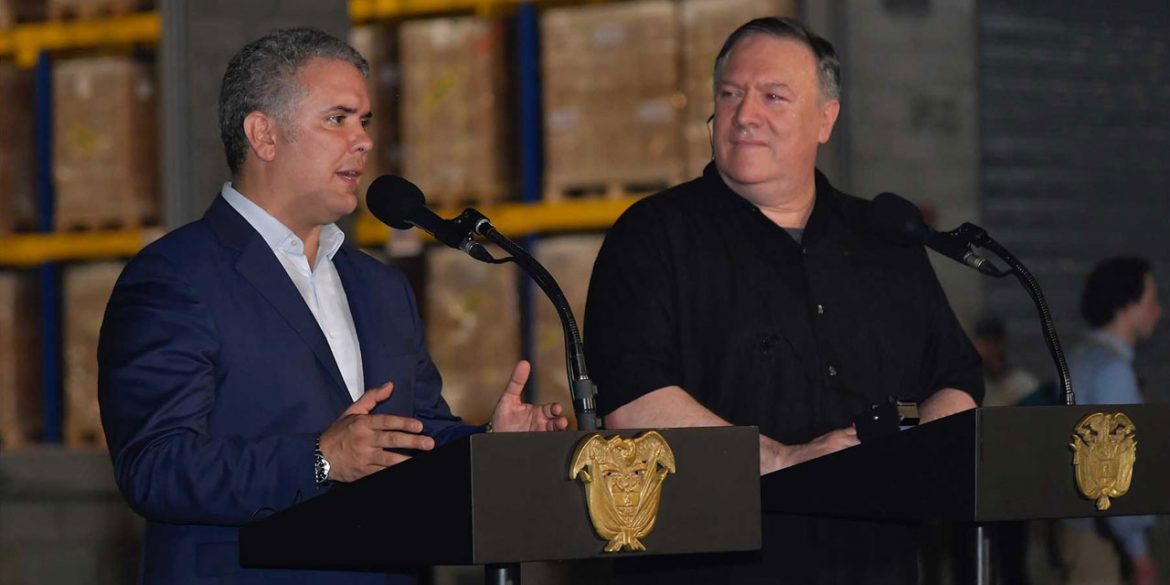 The visit took place only days after top US and Colombian officials met confidentially in Washington DC to discuss a possible military intervention, with the aim of ousting disputed President Nicolas Maduro and replacing him with US-friendly Juan Guaido.

No word about military intervention 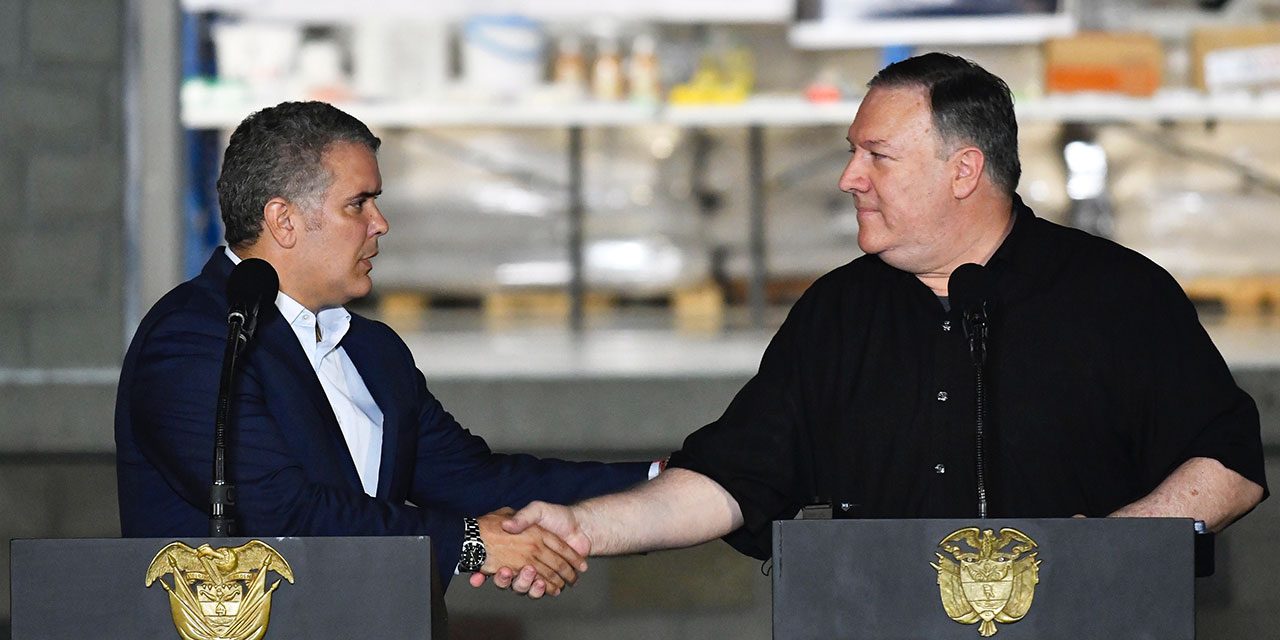 The Colombian President and the US Secretary of State met in Cucuta, which has been the center of operations to support Guaido and receive Venezuelan refugees.

When talking to the press, Pompeo avoided hinting at military intervention. Instead, he vowed to use all political and economic tools to force Maduro out of office.

“The United States will continue to utilize every economic and political means at our disposal to help the Venezuelan people,” Pompeo told press.

“Using sanctions, visa revocations and other means, we pledge to hold the regime and those propping it up accountable for their corruption and their repression of democracy,” the US Secretary of State added.

Critics have warned that heavy sanctions on Venezuela could further deteriorate the humanitarian situation for ordinary Venezuelans.

Duque “committed” to “all necessary efforts”

Duque stressed that governments in Bogota and Washington shared the commitment to “make all the necessary efforts for the restoration of democracy, freedom and institutional order in Venezuela.”

“Thank you for your compromise,” Pompeo responded. 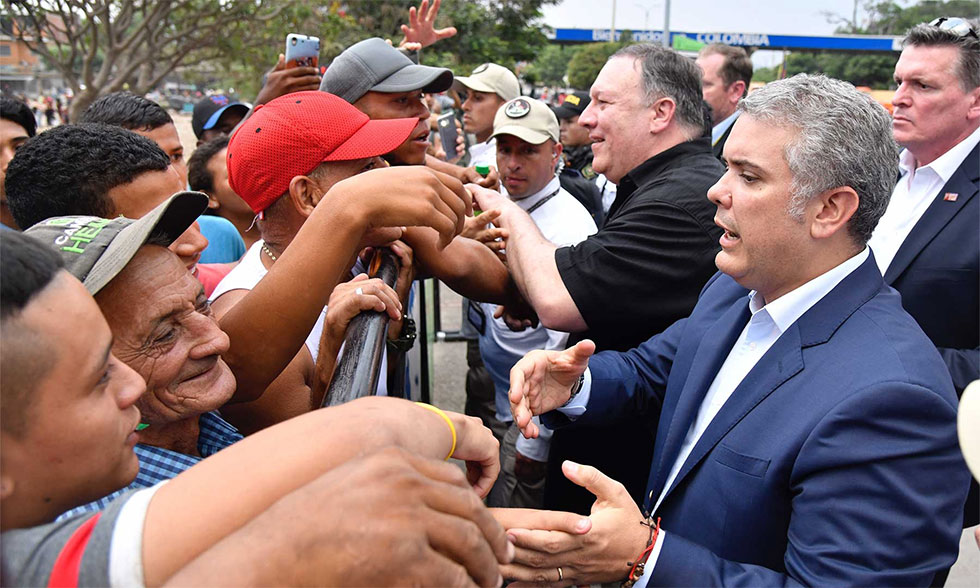 Duque and Pompeo meet with Venezuelans near the border (Image: President’s Office)

The two men visited Venezuelan refugees near the Colombian border, which the US State Secretary said was “incredibly moving,” according to the website of Duque.

The president said that the visit should send “a clear message to the Venezuelan people: we are with you to regain freedom.”

According to Reuters, Trump’s hard-right national security adviser John Bolton, said he would deliver a speech in Miami to Cuban exiles on Wednesday about actions the White House is taking on Venezuela, Cuba and Nicaragua, the three socialist-led countries he has been calling a “troika of tyranny.”