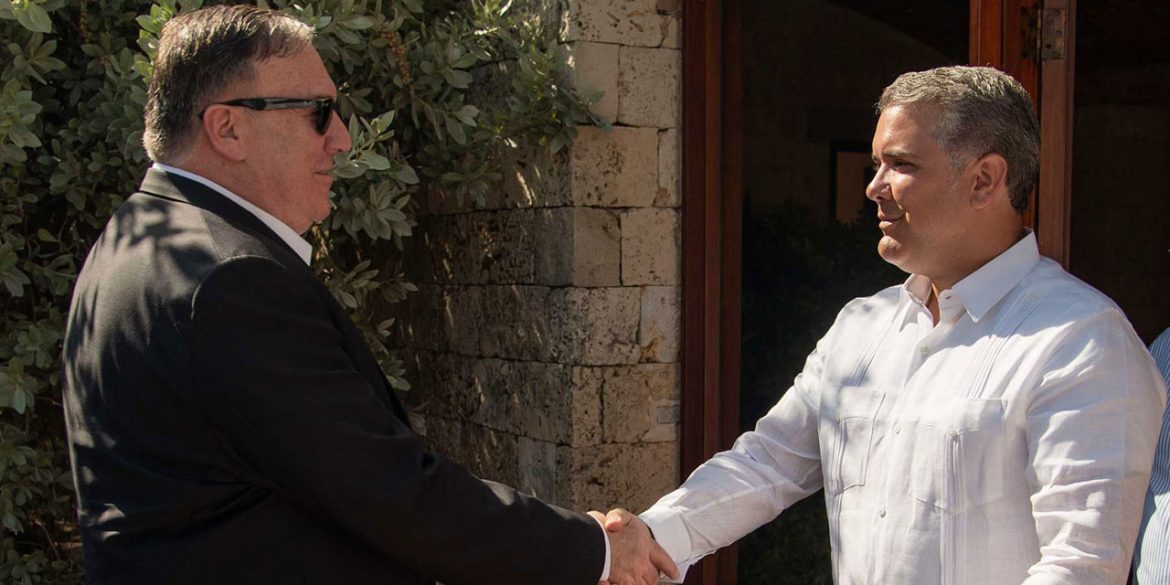 As if the apparent attempt to flatter his guest wasn’t enough of a historical blunder, Duque repeated his lie on Twitter.

“200 years ago, the support of the United States’ founding fathers was crucial for our independence, which makes receiving your visit today fill us with joy and honor,” Duque said.

Multiple historians pointed out that the United States, which became independent almost half a century before Colombia, declared itself neutral from the war between Spain and the South American liberators led by General Simon Bolivar.

The majority of the leaders of the American revolution died before Bolivar ousted the Spanish.

50 years of US intervention in Colombia

“The US declared itself neutral. At no point did it sponsor Latin American independence… What was inspiring was their independence, a success story. The ‘criollo’ leaders used it as reference, but with strong reservations. They disagreed with bringing the same model,” historian Isabel Arroyo told conservative radio station RCN.

“I can accept that with support he refers to having served as a reference, or some nods by John Adams or the diplomatic recognition, but I can’t find a way to consider this ‘crucial’,” the historian continued on Twitter.

Social media users immediately scolded the already unpopular Duque, whose approval rating has plummeted below 30% after less than five months in office.

“Bolivar is turning in his grave,” one citizen said on Facebook, while others on Twitter went as far as calling Duque a “traitor” and a “subordinate.”