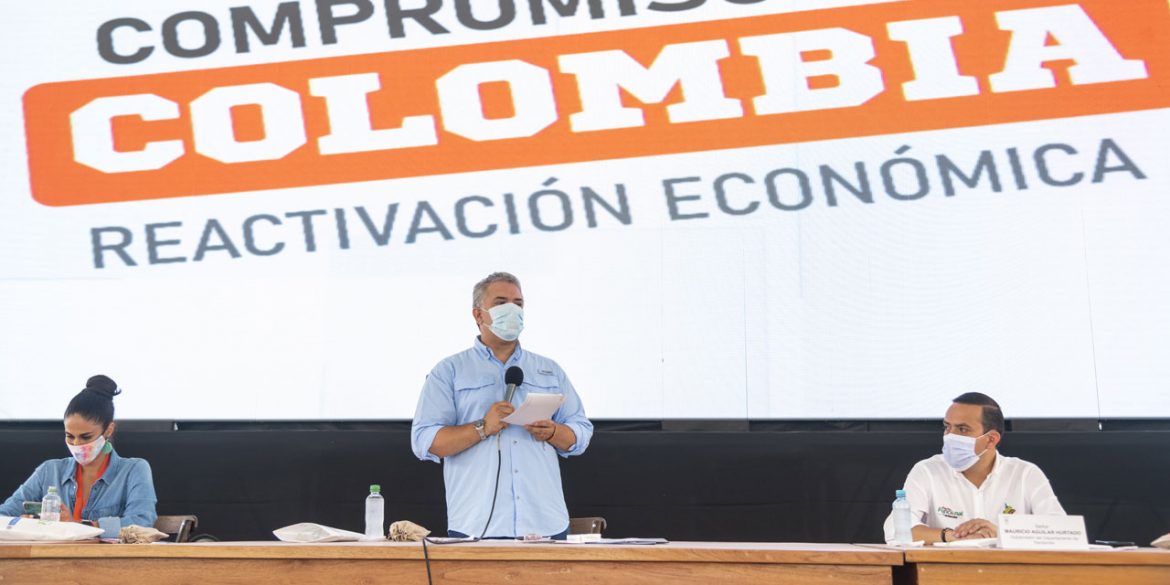 Duque rules out ‘indefinite’ lockdown as coronavirus in Colombia resurges

Colombia’s President Ivan Duque said Friday that an “indefinite” lockdown in response to rising coronavirus infections would spur a “social and economic suicide.”

Duque made his comments as countries throughout Europe are imposing new restrictive measures to deal with a second wave of infections.

While less extreme than in Europe, Colombia is also seeing a second surge of infections after registering a relatively steady drop between mid-August and mid-September.

In his speech before the federation of Chambers of Commerce, Duque praised Portugal, “where regardless of political sides it was clear to support the agenda to protect life and health as well as the agenda of economic and social reactivation.”

Sadly, in other countries we have seen pettiness, and this pettiness manifests itself among those who cynically said that all measures restricting mobility should be taken to slow down the virus, but then placed themselves, with the same cynicism, to obstruct a necessary reactivation process.

Ironically, Portugal’s Prime Minister Antonio Acosta on Saturday announced renewed lockdown measures after the country registered 32 daily deaths attributed to COVID-19, a faction of the 209 registered in Colombia on Friday.

If nothing is done, the rise in infections will inevitably lead us to a situation of failure of our health system.

Since the beginning of the pandemic, Portuguese health authorities have reported 2,507 COVID-19-related deaths. Colombia’s Health Ministry said Saturday that at least 31,314 have died of the disease.

Colombia’s president has been under enormous pressure from powerful business associations to restart economic activity since the country locked down in late March.

Healthcare experts have been ignored entirely, according to the vice-president of the Colombian Medical Federation, whose vice-president, Carolina Corcho, called Duque’s response to the pandemic “an avoidable health catastrophe.”

The pandemic and the government’s response appears to also have been catastrophic for the economy and society as a whole.

According to economic think tank Fedesarollo, almost half of the population now lives below the poverty line.

National and international economic institutions have lowered Colombia’s economic growth projections to the point all agree the country is going through its worst economic crisis in history.