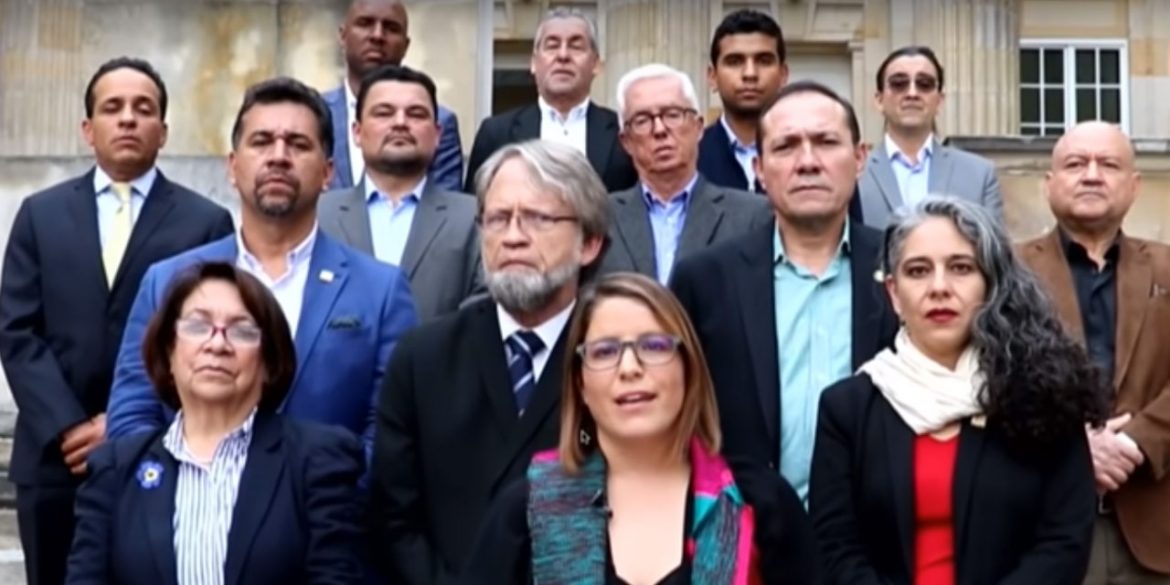 Colombia’s opposition took to national television on Monday to reject President Ivan Duque’s controversial refusal to sign off on the country’s war crimes tribunal, claiming he “puts our democracy and rule of law at risk.”

Led by centrist House Representative Juanita Goebertus (Green Alliance), representatives of all opposition parties rejected the opposition to the peace process by the president and called to take to the streets in defense of democracy.

Duque on Sunday said he would send the statutory law that defines the powers of the Special Jurisdiction for Peace (JEP) back to Congress, claiming certain elements were “inconvenient.”

The controversial decision created an unprecedented situation as no president ever before refused to sign off on the consolidation of a judicial body approved by both Congress and the Constitutional Court.

Duque made the move after his party’s efforts to sink the war crimes tribunal in Congress and illegal attempts to amend the bill before reaching the president’s office failed.

According to the opposition, the attempts of Duque and his increasingly far-right Democratic Center party to sink the JEP would only serve “to not know the truth about the crimes that were committed during the armed conflict.”

Furthermore, the ongoing sabotage by the president and his controversial party threatens the consolidation of peace.

One has to live very far away from rural Colombia to believe that proposing changes to the rules of the game that allowed the disarmament of 13,000 former FARC combatants does not generate any effect on reality. The president’s decision generates great legal uncertainty among the ex-combatants and destabilizes the regions in which the peacebuilding process is still very fragile.

The president’s party and economic backers have been associated with some of the most devastating crimes committed during the armed conflict, but were never called to trial.

Goebertus and the other members of the opposition called to march on Monday in defense of democracy, the rule of law and the peace process that in 2017, the year before Duque took office, resulted in the lowest violence rates since the beginning of the armed conflict.

This is why we are calling for unity, peace and reconciliation, and we are calling for a major national mobilization on March 18. Let’s go out together, regardless of ideologies, to the streets and roads of the whole country, not only to demand that the government comply with what has been agreed, but above all so that each person can express their commitment with concrete actions to advance in the construction of peace, where war has been suffered most.