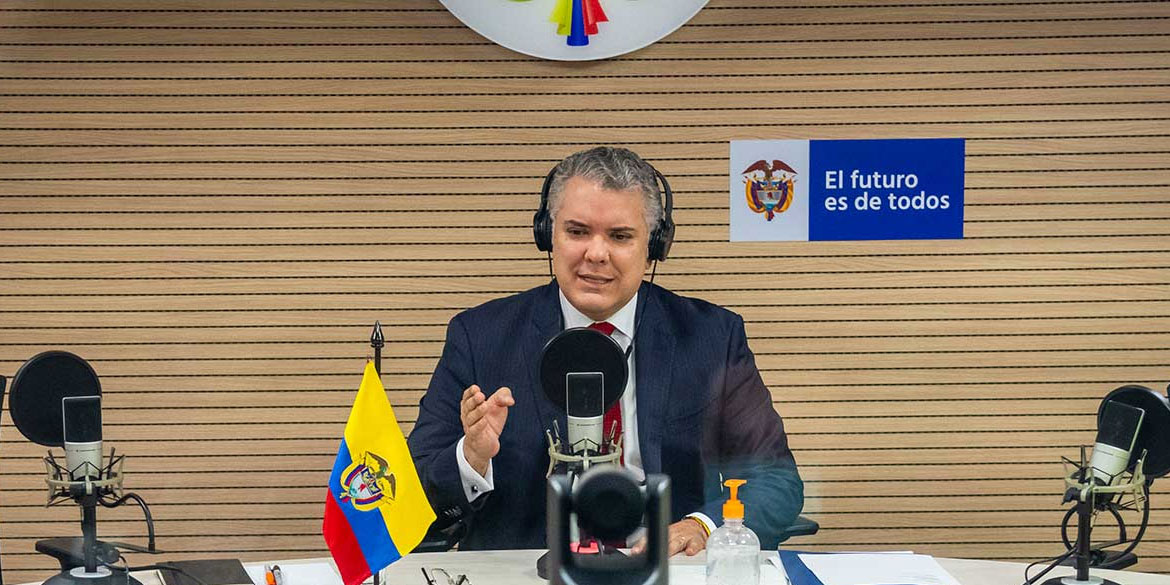 Colombia’s President Ivan Duque said Thursday he opposes shutting down Bogota for a second time despite the collapse of the capital’s healthcare system.

The shutdown was proposed by the country’s medical organizations and supported by Mayor Claudia Lopez, but would end Duque’s controversial economic reactivation strategy.

“We will be evaluating the results” of Bogota’s rotating lockdown, Duque said, adding that “thinking that the only alternative is a lockdown is not the solution.”

The president said he would continue reopening the economy in his daily COVID show on Facebook, despite a record number of new infections and deaths reported by the National Health Institute (INS).

In its daily report, the INS reported 8,037 new infections and 215 deaths, the highest numbers since the first COVID-19 infection was detected on March 6.

In total, 6,029 have died, the health authority reported.

The governor of Cundinamarca province, which surrounds Bogota, said regional hospitals would take in critical cases from the capital in an attempt to reduce pressure on hospitals in Bogota.

Lopez said Thursday she had a meeting scheduled with Health Minister Fernando Ruiz for Tuesday and would bring representatives of the medical organizations that withdrew their confidence in the government in April.

Before Bogota, healthcare had already collapsed in historically neglected regions in the south of the country and along the Pacific coast.

Hospitals in cities along the Caribbean coast and in Cali, Colombia’s third largest city, are on the brink of collapse.

Medellin Mayor Daniel Quintero also didn’t rule out returning to a full lockdown but, like Lopez, would need the authorization of the health minister to impose such a drastic measure.