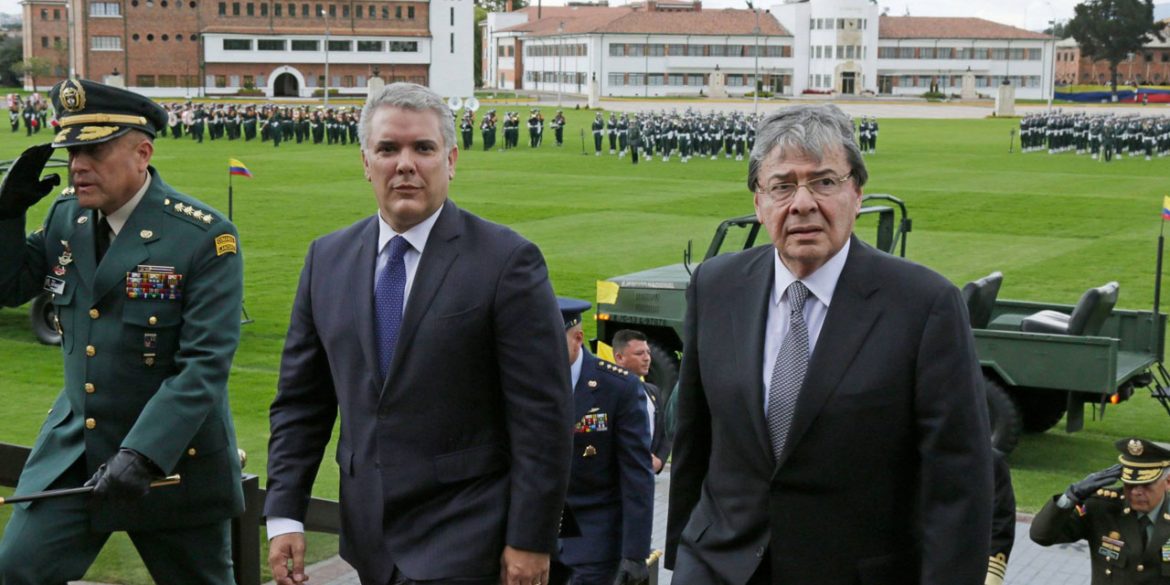 Duque is not a tyrant, says Colombia’s defense minister who oversaw a massacre

Colombia’s President Ivan Duque a not a “tyrant” or a “dictator,” according to the defense minister who oversaw the massacre of at least 13 people in the capital Bogota in September.

In a press conference, embattled Defense Minister Carlos Holmes Trujillo insisted that the authoritarian President is a democrat.

It is an infamy that I vehemently reject and that evidences the purpose of those who want to use democracy to impose tyranny.

Trujillo, who reluctantly complied with a court order to curb police brutality after employing terror tactics to quell antigovernmental protests on three occasions, insisted Duque governs “inspired by legality, the Constitution and respect for the law.”

The president is currently facing four investigations, including one over his alleged collusion with the drug trafficking organization of Marquitos Figuroa to rig the 2018 elections.

Trujillo survived a motion of no confidence last month after his far-right Democratic Center Party voted to bar the opposition from filing a motion.

Duque, who was visiting Bolivia on Sunday, was welcomed with hostility as protesters called him “paramilitary” after his arrival to La Paz.

The president and his defense minister are under increasing pressure over their authoritarian style of government and militarism and reluctance to implement an 2016 peace deal with demobilized guerrilla group FARC.

Duque has failed to comply with his constitutional obligation to regularly attend the so-called National Commission for Security Guarantees that seeks to end violence by paramilitary groups often in collusion with the military and the private sector.

Violence caused by these paramilitary groups and a surge in rearming guerrilla groups are terrorizing much of the countryside where many hundreds of human rights defenders and community leaders have been assassinated during the peace process.

So far this year, at least 35 massacres have been committed while Trujillo and Duque, both notoriously inept dynasty politicians, are trying to convince the public their government is doing well and not tyrannical.