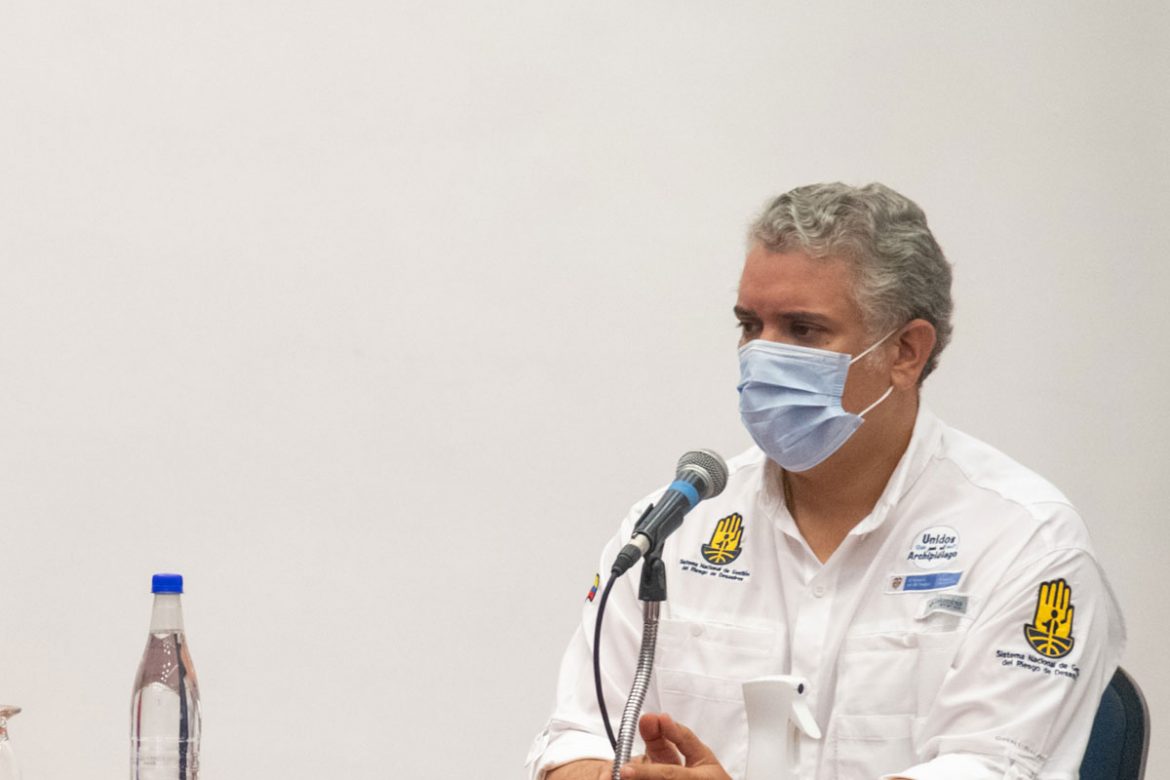 Colombia’s President Ivan Duque announced a suspension of flights to and from the United Kingdom, which has seen a surge in coronavirus infections of what is feared to be a mutation.

Duque additionally urged those who have traveled from the UK to enter into a self-imposed isolation.

The decision to reinstate a flight ban follows a sudden spike in hospitalizations and registered infections the president said was due to Christmas celebrations.

Particularly family gatherings on the so-called “Night of the Candles” on December 7, the formal start of the Christmas season, would have led to the recent spike, according to Duque.

The Health Ministry said Saturday already that more than 40,000 people have died of COVID since the beginning of the pandemic.

Bogota Mayor Claudia Lopez on Sunday announced to reinstate measures to restrict movement and close restaurants in response to the recent rise in hospitalizations.

The mayor of Medellin, Colombia’s second largest cities, issued a curfew for Christmas Eve and New Years Eve that traditionally are also celebrated with family.

The governor or the surrounding Antioquia province had already issued a curfew in half of the province, including the capital Medellin, until the 23.

Also in Cali, Colombia’s third largest city, a curfew will be in place until the 23rd.

Cucuta, the largest city on the border with Venezuela, issued a red alert after the sudden spike saturated the city’s hospitals.

Consequently, lockdown measures have been reinstated on top of a curfew in an attempt to prevent a collapse of the municipal healthcare system.

The surprisingly steep rise in infections comes months before the government plans to roll out a national vaccination program that would start in the first quarter of next year.

This mammoth initiative seeks to vaccinate more than 17 million people before the end of 2021, prioritizing health workers and people over 60.

According to the government, it has bought some 40 million vaccines. Not all of these vaccines are immediately available, however, which makes any exact planning impossible for the moment.