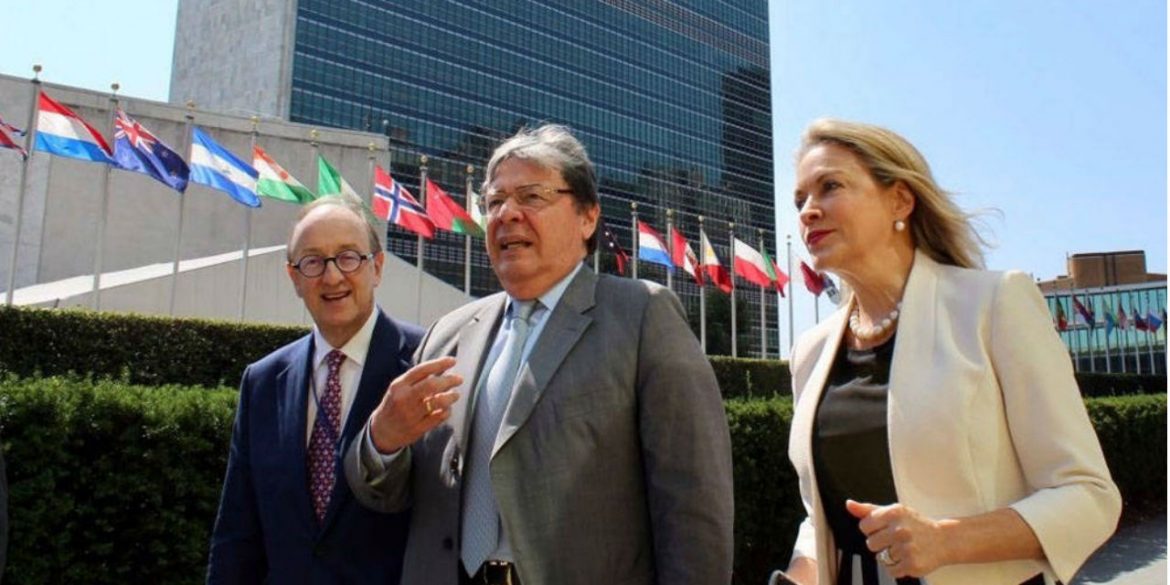 Colombian President Ivan Duque announced on Monday that he has appointed a new ambassador to the United Nations, reported local media.

Guillermo Fernandez, a lawyer and career diplomat who previously served as Minister for Foreign Affairs in former president Andres Pastrana’s government, has been selected to take up the role.

Fernandez also represented Colombia in the International Criminal Court in its sovereignty dispute with Nicaragua over the island of San Andres.

Fernandez will work closely with the UN on the Venezuelan migration crisis and the Verification Mission of the peace agreements with the FARC.

These are fundamental issues facing Colombia and are of primary concern for the UN who recently received an official request from Duque to extend their mission in the country for a further year.

The UN has played a crucial role in overseeing the ongoing peace process between the now-demobilized FARC rebels and the government.

The body has already warned Colombian authorities that it is “extremely concerned” about the ongoing slaughter of social leaders, human rights activists and land claimants since the signing of the 2016 peace agreement and this issue must be addressed by the new ambassador.

Colombia’s new government will look to strengthen its working relationship with the UN after officially withdrawing from the Union of South American Nations (UNASUR) in protest against the perceived failure to take a stronger stance against the Venezuelan regime.

The increased tension between the two countries was cited by Duque and Foreign Minister Carlos Holmes as one of the reasons for leaving the bloc.