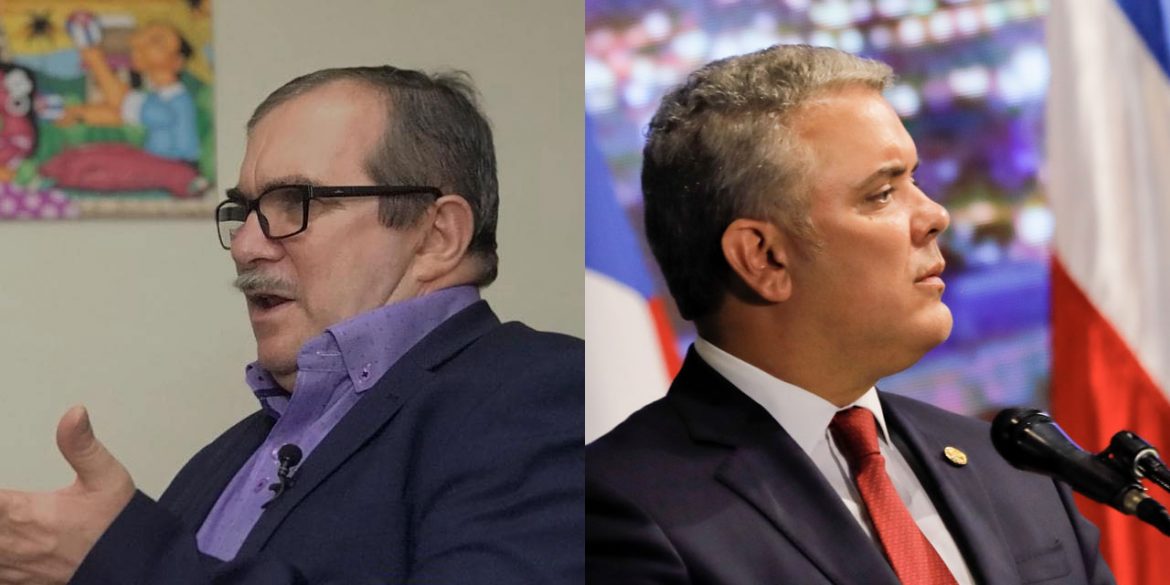 Both Colombia’s President Ivan Duque and the demobilized FARC rebel group unilaterally announced measures on Thursday in response to a recent spike in assassinations of disarmed guerrillas.

At a press conference in Bello, Antioquia, the president announced a total of 23 measures, including intensified monitoring of individual FARC members’ security situation, an elite police force dedicated to investigating death threats and increased police intelligence capacity in cases of violence against FARC members.

The FARC, which has called the persistent killing of its members a “clear violation” of the peace deal on behalf of Duque, told its former guerrillas that the organization will reach out to social organizations to “mobilize society” to reject “the far-right, their assassins and their paramilitaries.”

According to the FARC leadership, the increased violence against demobilized guerrillas, community leaders and human rights defenders alike originate from “class sectors that see peace, truth and reconciliation as a threat.”

Duque, the FARC explicitly said, represents “those fascist sectors” in society that have opposed the peace process, in some cases with the use of deadly force.

The political party formed by the former guerrillas said former commanders who are suggesting to rearm “ignore we have been in that type of struggle for more than half a century, doing everything within our reach, with great cost, the sacrifice of lives and pain for our people, without achieving the goal of taking power.”

The FARC said that it will take the “flagrant violation of the agreement on behalf of the state and the government” to the highest levels, in particular the UN Security Council, whose mission in Colombia is monitoring the peace process.

As signatories of a peace treaty, we demand full compliance and in that condition we turn to the Second UN Mission, the Security Council, the guarantor countries, the notables, and the dispute settlement mechanism.

Duque’s security measures did not include strengthening the tripartite commission that includes the UN that came to life as part of the peace deal exactly to jointly monitor and tackle obstacles and disputes that were expected to occur during the peace process.

The president’s far-right Democratic Center party has categorically rejected the peace process and has persisted in a fiercely anti-leftist rhetoric under the leadership of controversial former President Alvaro Uribe, Duque’s political patron.

The administration has so far only explicitly committed to complying with state obligation in regards to the FARC’s demobilization, disarmament and reintegration process while neglecting to recognize its obligation to carry out other key elements of the deal.