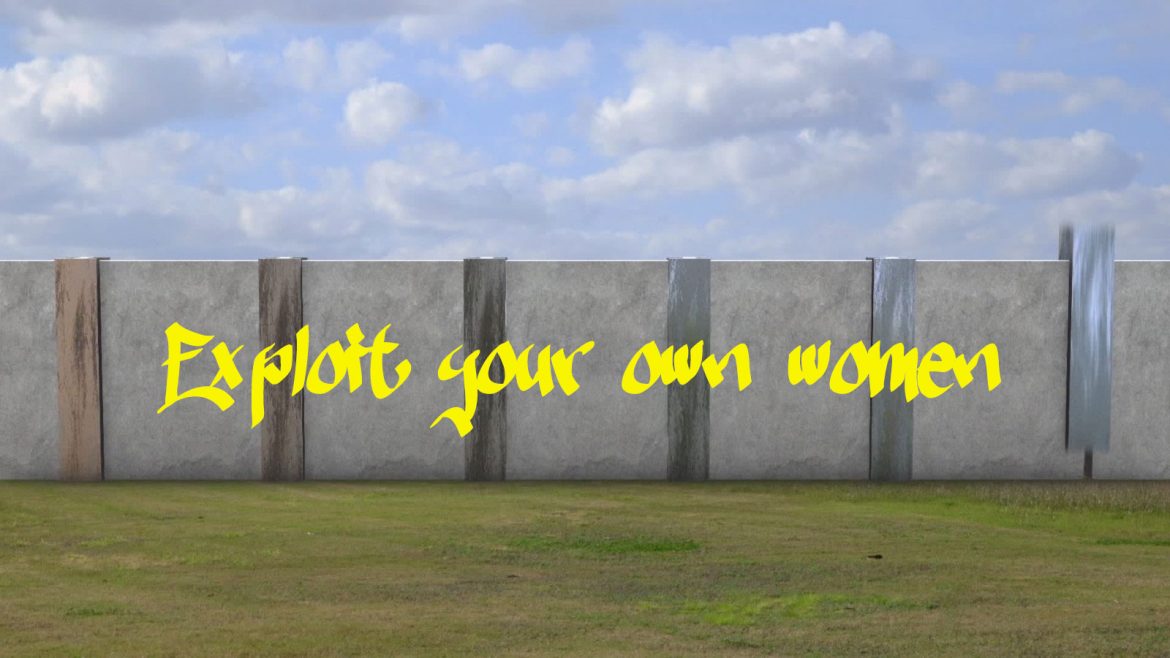 Countries across Latin America have agreed to explore possibilities of building a “great wall” on Mexico’s border with the United States to curb the growing influx of American sex tourists.

Apart from the wall, the leaders said to also examine a reduction of cheap flights from its former North American ally, considered by omen’s rights NGOS’ the most common carriers of sex and drug tourist.

The increasing number of sex tourists south of the US border has become a major social issue, especially because of a growing number of sex predators evading US law by praying on Latino children.

For reasons unknown to the rest of the world and contrary to almost all countries in the developed world, the United States government has long prohibited women from deciding over their own bodies.

Consequently, tourists, businessmen, soldiers, secret service agents and allegedly even US President Donald Trump have been traveling abroad to please the sexual desires considered illegal in the United States.

The growing phenomenon has long been problematic in Mexican border towns, but has become a growing problem in Colombian cities like Medellin and Cartagena, and in Brazil’s Rio de Janeiro.

The idea of opening the borders for American tourists was to stimulate trade and tourism, not the sexual exploitation of our women and girls.

Holguin, her Mexican counterpart Luis Videgaray, Brazil’s Jose Serra and Canada’s Stephane Dion called for a “total and complete shutdown of Americans entering our countries until our countries’ representatives can figure out what is going on.”

The group of government executives called on the United States to “stop being a burden on the region, stop exploiting our women, and legalize prostitution” widely considered the oldest profession in the world “inside the United States.”

Apart from building a “Great Wall,” the ministers are considering a 20% tourism tax for US citizens that would allow reintegration programs for women currently engaged in sex work.

The incoming administration of President Trump has yet to respond to the call made by the United States’ sex tourists’ favorite holiday destinations in the hemisphere. So far, the US president has proven unable to appoint a Secretary of State or an Assistant Secretary of State for Hemispheric Affairs.

Disinformation is Colombia Reports‘ satire section. Photos in this section may be manipulated and information may be completely false. If you want to contribute to this section, feel free to send us your ideas.