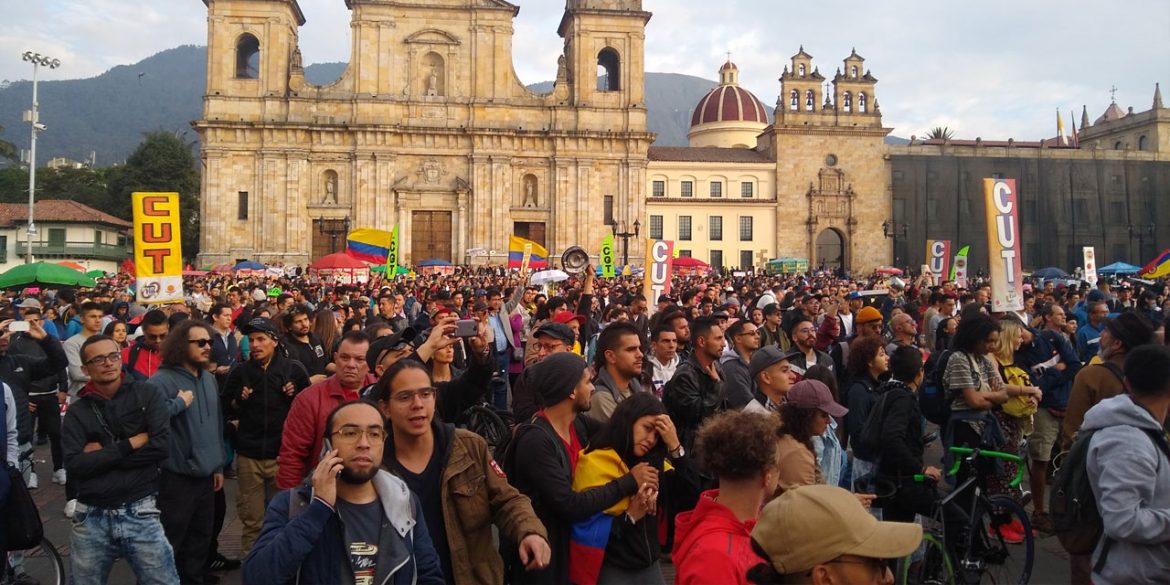 Despite violent incidents, Colombia’s peaceful anti-government protests are back

Despite violent incidents in Bogota and Medellin, anti-government protests resumed peacefully throughout Colombia and are expected to expand despite sabotage attempts.

The organizers of national strikes that began in November last year reported protests in almost all capital cities as they  try to regain the momentum that sunk President Ivan Duque’s approval rating last year.

This may take some effort, as the first improvised protests drew considerably less people than before the holiday break.

The recently inaugurated Bogota mayor Claudia Lopez, a fierce critic of Duque and his far-right Democratic Center party, had most difficulty controlling a confusing security situation .

While peaceful marches were held in the east of the capital, violence broke out in the west and some police apparently disobeyed orders and tried to sabotage or prevent any protest.

According to Lopez, however, the resumption of protests ended significantly more peaceful than in November last year when the city descended into utter chaos.

In Medellin, both protesters and Mayor Daniel Quintero, another government critic, were surprised by radical protesters who vandalized the Dann Carlton hotel and controversial riot police unit ESMAD proceeded to disperse all protesters.

Far-right supporters of Duque and his political patron, former president Alvaro Uribe, tried to capitalize on the unrest and demanded the resignation of the progressive mayors on Twitter, but without much success.

In Cali, torrential rains virtually impeded protests that, according to local newspaper El Pais, were attended by relatively small amounts of people.

All peaceful and fun in the rest of Colombia

Elsewhere in Colombia, protests resumed peacefully but were also significantly smaller, as strike leaders are still in the process of regaining momentum and defining strategies.

These protests held outside Colombia’s largest cities extended to remote town like Mitu and Leticia where mainly teachers took part. 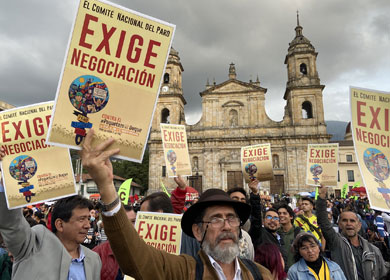 Tuesday’s protests received the endorsement of the students, labor unions and indigenous organizations that are the largest of the strike organizers, but were not planned as much as the ones last year.

The members of the so-called National Strike Committee are still consulting with their constituencies on how to escalate protests and force the government into negotiations.

Labor Union leader Julio Roberto Gomez told the newspaper Molano is in no position to define what to negotiate and what not.

Tuesday’s protests were just a warm-up, according to Gomez, who reiterated that the National Strike Committee won’t be defining its strategy until the end of this month.

Part of this strategy could contain “a national strike, including a shut-down of production, for 25 and 26 March,” said Gomez.