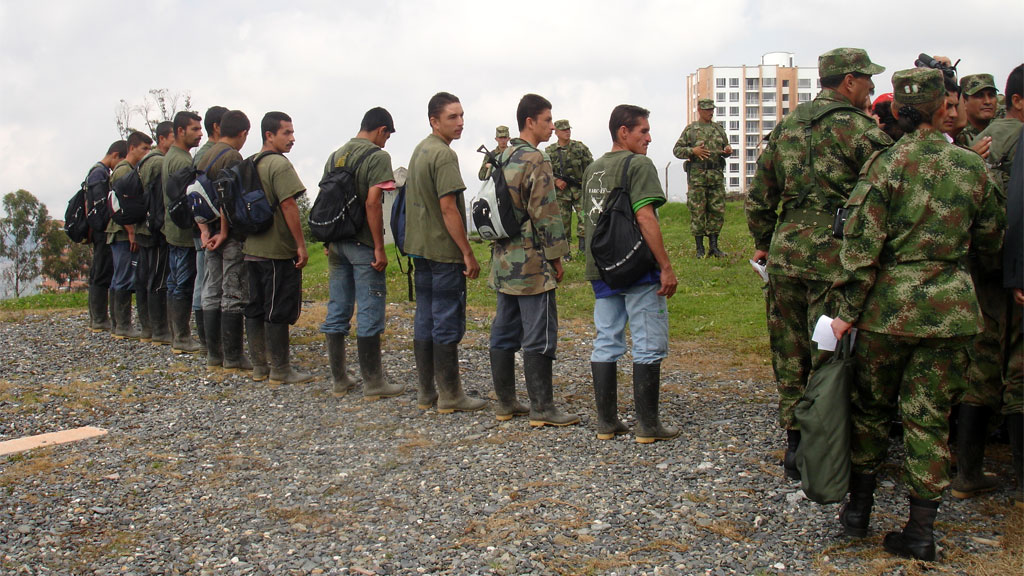 Demobilizing and reintegrating FARC fighters could cost $1.1B: Colombia’s comptroller

The cost of an eventual demobilization and reintegration of the FARC will cost Colombian tax payers between $754 million and $1.1 billion, the country’s Comptroller General’s Office said Monday.

The comptroller estimate is considerably higher than that of the government; The governmental reintegration agency said in September that a demobilization would cost $350 million.

Colombia’s Congress has estimated that the implementation of the peace deal that is currently negotiated with the FARC could cost as much as $44 billion spread over the 10 years.

However, this would include a number of investments not taken into account by the Comptroller General who limited itself to the cost of reintegrating demobilized rebels to society.

The financial watchdog said that the cost of a FARC demobilization could be higher depending on the agreed benefits for guerrillas who decide to lay down their arms and reintegrate.

The cost of a so-called DDR (disarmament, demobilization, reintegration) program is higher than estimated by the government because the latter failed to take into account that following the demobilization of paramilitary organization AUC, the government had been too optimistic about revenue generated by the seizing of illegally obtained property.

Because paramilitaries who demobilized between 2003 and 2006 surrendered much less property than initially calculated, the budget for their demobilization had to come from the national budget.

The reintegration agency has said it expected the demobilization and reintegration of approximately 20,000 members of the FARC as it will not just have to dismantle the guerrilla organization’s military apparatus, but also its activist support network that is suspected to be twice the size of the guerrillas’ armed force.

Since establishing the reintegration agency 12 years ago, almost 57,000 persons have demobilized. Some 47,500 demobilized fighters entered a reintegration program. Since then, 6,800 former fighters have successfully been reintegrated. More than 5,000 were assassinated.

Among the reintegrated ex-fighters are former members of paramilitary organization AUC that demobilized between 2003 and 2006, and thousands of FARC and ELN rebels that deserted their ranks.

The government and the FARC have been negotiating peace since 2012. If successful, the negotiations will end more than 50 years of violence between the Marxist guerrillas and the state.