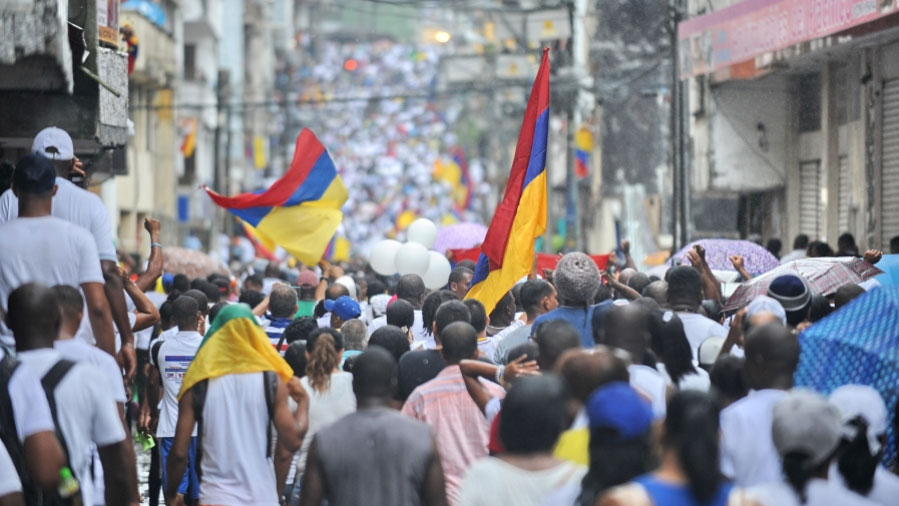 After an unprecedented eruption of violence on Friday, residents of Colombia’s largest port city, Buenaventura, resumed their strike, and embarked on massive and peaceful marches on Saturday to demand an end to chronic  neglect and corruption.

Mayor Eliecer Arboleda had banned public manifestations and imposed the curfew after violence broke out on Friday.

What the mayor forgot is that nobody in Buenaventura cares about anything he, or any government authority for that matter, says.

With his three predecessors already in prison and the prosecution investigating his own alleged corruption practices, the mayor of Buenaventura has simply lost authority over the residents of the impoverished port city.

Just like in previous days, tens of thousand of locals took to the street because “Buenaventura is fed up,” according to those taking part in the massive march. 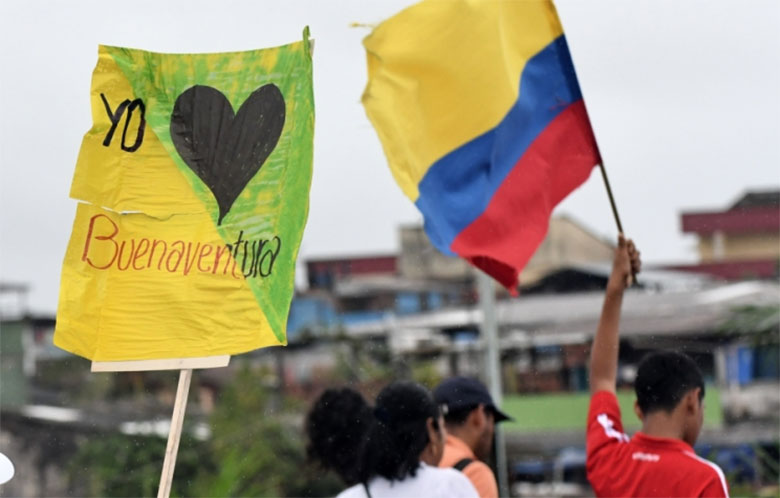 The city’s port is Buenaventura’s primary employer and the top contributor to the treasury of the national government in Bogota. The Buenaventura Port Society last year contributed almost $2 billion.

Yet, almost half the city has no access to potable water, 62% of its inhabitants are without a job and of every 1,000 babies who are born, 27 die before their first birthday, mainly due to starvation.

Government corruption is so rampant that even the former prison director is in prison. Instead of the police, paramilitary group Gaitanista Self-Defense Forces of Colombia (AGC) controls the city, assassinating anyone challenging the group’s authority.

The only institution in which the locals confide in is the Catholic Church.

On numerous occasions, the city’s bishop, Monsignor Hector Epalza, has decried the deplorable humanitarian situation in the city. Since he was appointed in 2004, he has effectively become the voice of the people.

Also this week, Epalza has been leading the march his church helped organize, and also he ignored the mayor’s ban on public manifestations.

I have said this earlier, the government doesn’t care but about the ports, the city hardly.

When President Juan Manuel Santos visited Buenaventura in March, he visited only the gated port territory. He didn’t set one foot in the city.

We are stimulating foreign trade with many countries to maximize the potential we have. We envision a competitive country, which would be a food storage for the world, and this port will be a very important element. The only thing I expect from you is more businesses, more utilities, because if you’re doing well the country does well.

“Buenaventura has been abused. We are not begging at the foot of these emporiums. As poet Mary Grueso says: ‘In Buenaventura the problem is that we see wealth coming in going.’ We don’t want to be spectators, but participants in this wealth,” the bishop told newspaper El Pais.