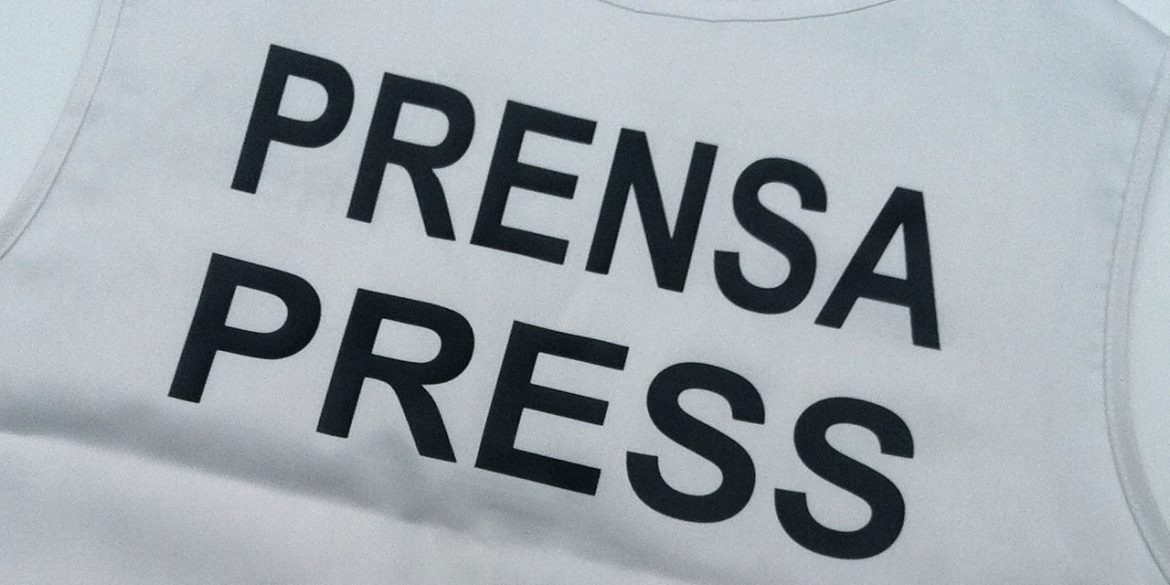 Death threats against journalists in Colombia have spiked so far this year, according to the press freedom foundation.

Hours earlier, the Foundation for the Freedom of Press (FLIP) demanded action against the growing aggression against journalists it said it has registered since January.

“We demand diligence from the authorities to investigate and punish those responsible,” said the FLIP.

FLIP reiterates its concern about the increase in threats against journalists in Colombia and requests the National Protection Unit to implement adequate protection measures to safeguard the life and integrity of threatened journalists.

A frightening weekend for journalists

The journalists, human rights defenders and community leaders are “guerrillas in disguise,” according to the elusive group.

Journalist Maria Jimena Duzan of Semana magazine was told on Twitter on Sunday that she “should be raped, spat on, cut to pieces by a chainsaw and hanged on Bolivar Square.”

The journalist allegedly dishonored “the name of the paramilitaries” that were promoted by former President Alvaro Uribe in the 1990s and demobilized by the controversial politician between 2003 and 2006.

On Monday, the newsroom of RCN Radio received a phone call by a self-proclaimed ELN guerrilla telling the team of presenter Yolanda Ruiz they would be declared “military objectives” if they continued reporting on “social cleansing.”

The rebel group rejected “the threats made in name of the ELN” and said that “the ELN maintains a cordial and respectful relationship with journalists.”

A week before the latest threats, the Foundation for the Freedom of Press (FLIP) sent out an alert in which it claimed a 36% increase in death threats compared to last year.

This happens on par with the increase in the number of murders of social leaders in the country. More than 100 people have been killed in their territories in the course of the year. Several of these killings have been crimes against freedom of expression.

Furthermore, the FLIP said that the National Protection Unit (UNP) was rolling back protection measures against threatened journalists.

FLIP expresses its concern about the lack of effective action by the UNP to ensure the protection of those at risk. The foundation calls on the national government to redouble its efforts to provide effective measures to safeguard the lives and integrity of those involved in journalism.

Aggression against journalists last year reached the highest levels in a decade, according to the FLIP. One journalist was killed by police.

Death threats against journalists in Colombia

According to international press freedom organization Reporters Without Borders, Colombia has the lowest levels of press freedom in the Americas after Venezuela and Mexico.