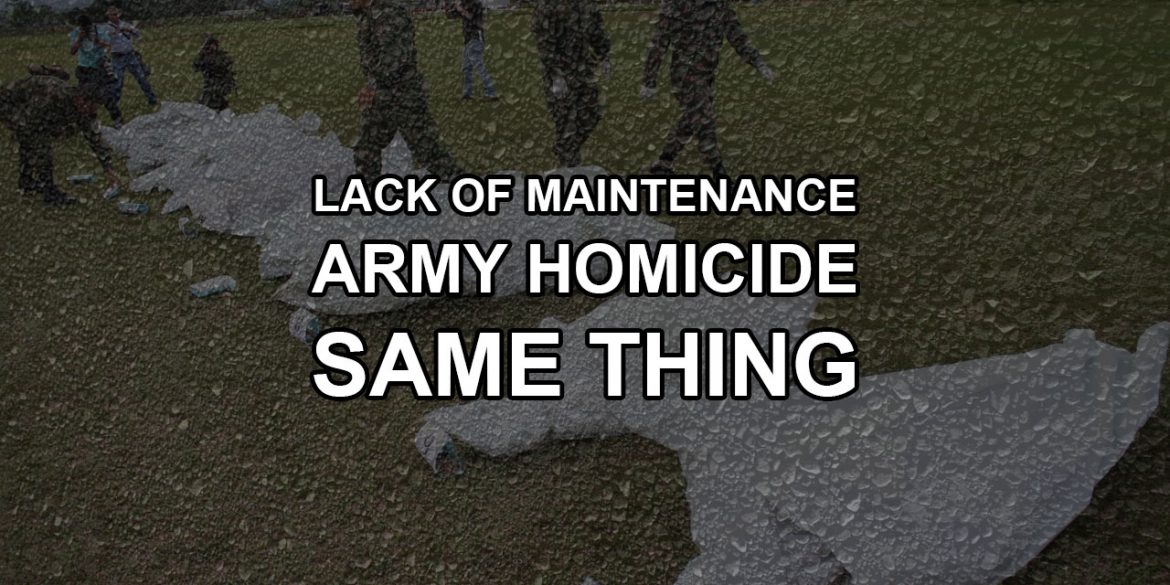 The country’s highest administrative court rejected the appeal of an earlier decisions in which the State Council ruled that victims of state violence who hadn’t requested compensation within two years of their crime lost their right to demand compensation.

Victims rights organizations asked the State Council to be more lenient with conflict victims as many were too afraid to request compensation from their own victimizer within such a short period of time.

The ruling followed an appeal of the family of Clodomiro Coba, who was murdered by the military on April 6, 2007 and falsely presented as a FARC guerrilla killed in combat.

The family didn’t request compensation until 2014, the year the prosecution said that the military had assassinated at least 4,000 civilians to inflate the success in the armed conflict with the FARC.

This was five years too late, according to the State Council.

Yolman Pidiachi, Clodomiro Coba and Beyer Ignacio Perez were shot dead on April 6, 2007 in the village of Las Tapias in the municipality of Hato Corozal (Casanare). The members of the National Army… informed in writing and in their inquiries that the above were killed in combat because they were members of the 28th Front of the so-called Revolutionary Armed Forces of Colombia, FARC. The excuse does not coincide with the truth, since hours before the victims were in a store located in the village of El Caucho de Nunchía , where they were chatting before going to a job for which they had been hired. They were taken out of the store by several soldiers who tied their hands behind their backs and put them into a van. In addition, the bodies showed “presence of a tattoo halo,” indicating that they were shot at close range, ruling out combat.

The fact that the family of Coba are victims of a crime against humanity does not change the statute of limitations for demanding compensation for damages caused by the State.

The fact that the commander responsible for the murder was initially absolved in 2014, then sentenced by the Supreme Court to 40 years in prison in 2016 and ultimately released as part of a peace deal with FARC guerrillas in 2017 also made no difference.

To put it bluntly, the victims of former Captain Zamir Casallas’s killing practices have the same right as a person whose car suffered damages by a pothole due to lack of maintenance, according to the State Council.

The family lawyer hopes a final appeal at the Constitutional Court will grant the family compensation.