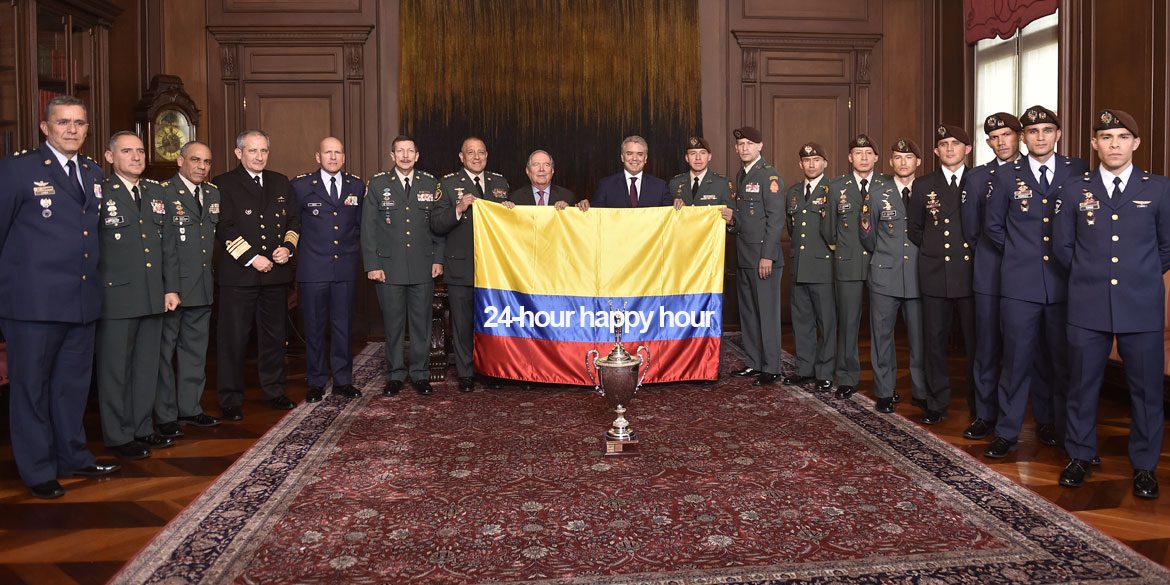 Colombia’s Constitutional Court overruled a ban on the consumption of drugs and alcohol in public, one of the key elements of the government’s anti-drug policy.

According to the court, the police code that came to force in 2017 and became a pillar of President Ivan Duque’s anti-drug policy last year is in violation of Colombians’ constitutional rights.

The court decision means that people are again allowed to smoke pot and drink beer in public, according to the constitution.

President Ivan Duque said he “accepts and respects” ruling, but said this one would violate children’s rights.

The president said the police would continue to confiscate drugs and impose penalties on those carrying drugs, also if these doses are legally considered for personal use.

I accept and respect rulings, but as president of Colombia I will not rest a minute to clear the drug dealing spots, public parks and school districts of drugs. We will resolutely confront this crime in every corner of the country.

The consumption of alcohol and drugs is a fundamental right of Colombians that may not be restricted or repressed by the authorities, according to the court.

The ruling is the umpteenth smack in the face of Duque, who has barely been able to push through his hard-right agenda during his first year in office because of resistance either in Congress or the court.

The government’s entire repressive drug policy could be overturned later this year as lawmakers announced last month they were preparing a bill that would legalize the production and consumption of marijuana.

Duque’s predecessor, former President Juan Manuel Santos, spearheaded a constitutional amendment that made drug use a public health rather than a public security issue.