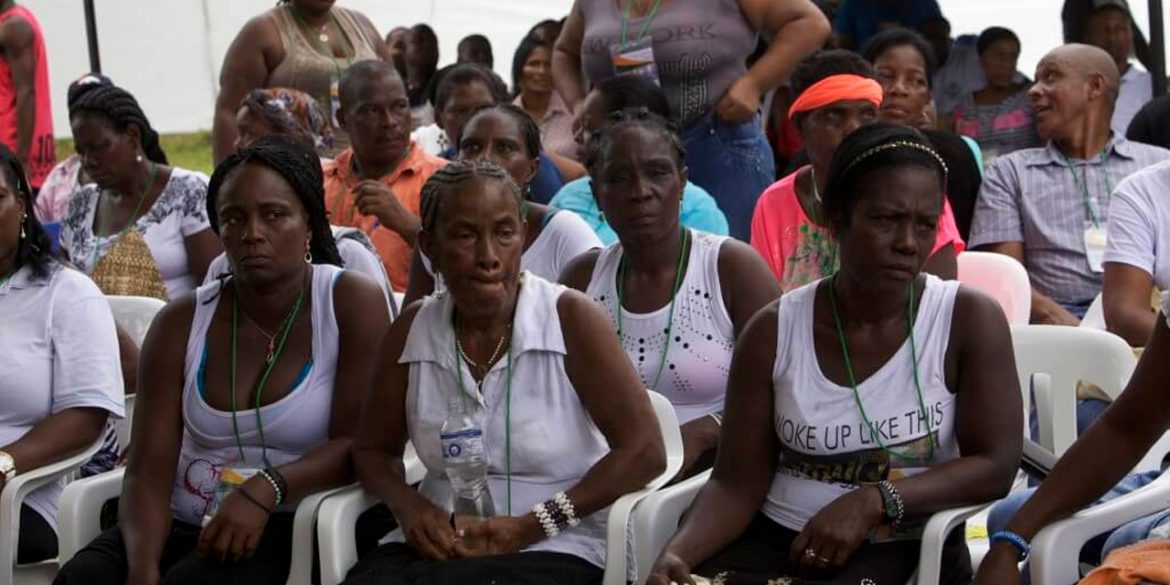 Survivors of the massacre of Bojaya, who were promised a congressional seat in the 2016 peace deal (Image: UN Photo)
War and peace

A Bogota court denied a petition to ratify a vote granting 16 congressional seats to victims that was struck down by the senate’s former president.

Senator Roy Barreras early this month asked the Bogota Administrative Tribunal to overrule the decision of former Senate President Efrain Cepeda (Conservative Party) to not recognize the vote, claiming the high chamber was two votes short for an absolute majority.

In both cases, the senate presidents neglected to deduct senators who were either imprisoned or never sworn in from the total number of senators, which according to the Constitutional Court should have happened.

Had Cepeda taken the four jailed senators into account, the 2017 bill would’ve had the votes in needed for an absolute majority.

“The foregoing shows that the plaintiff has, in effect, another ordinary judicial defense mechanism provided for by the legal system,” according to the administrative tribunal.

The state council has been studying the petition to overrule Cepeda since December 2017, but magistrate Roberto Serrato refused to prioritize it despite the fact that the petition would allow victim representatives to take part in congressional elections three months later.

Serrato is a close political ally of Alejandro Ordoñez, Colombia’s ultra-conservative ambassador to the Organization of American States, who has opposed the peace process since before it began.

It has now been a year and a half and the State Council has yet to take a decision.

In the meantime, violence has returned to many of the historically neglected regions where victims had been promised congressional representation.