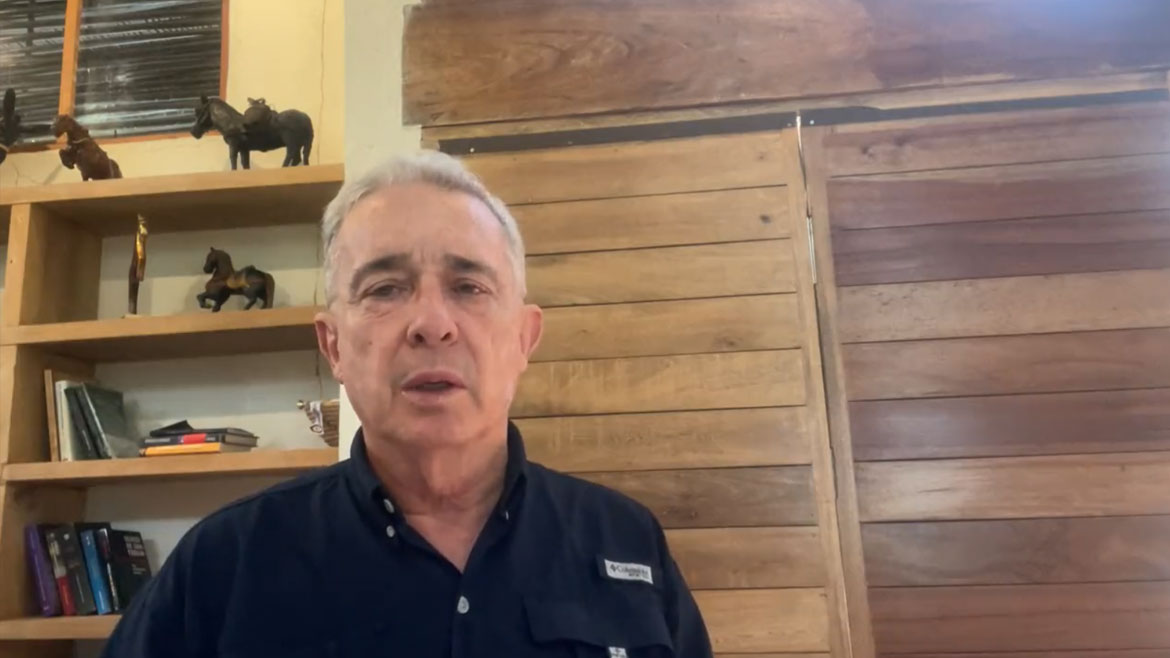 A Bogota court ordered the prosecution to call Colombia’s former President Alvaro Uribe to trial on fraud and bribery charges.

The ruling is a major blow for the former president, who has been trying to have the Supreme Court charges be thrown out since 2018.

Wednesday’s court decision is a major victory for Uribe’s victims, who want the allegedly criminal former president to stand trial.

Uribe was able to end the Supreme Court investigation by resigning from the Senate and renouncing his congressional privileges in 2019.

The former president has since tried to have the charges thrown out by a lower court with the help of Prosecutor General Francisco Barbosa, one of Uribe’s lackeys.

Barbosa appointed controversial prosecutor Gabriel Jaimes in an apparent attempt to prevent that the former president is taken to court.

Uribe’s victims thwarted Jaimes’ attempts to end the investigation and have pressed criminal charges against the prosecutor for his alleged attempts to obstruct justice.

The prosecution asked the arraignment judge to drop the Supreme Court’s charges, claiming that they weren’t supported by evidence.

According to the Supreme Court, Uribe allegedly bribed witnesses to discredit evidence of the former president’s ties to a notorious death squad.

A dozen witnesses and potential witnesses of Uribe’s alleged ties to the now-defunct “Bloque Metro” have been assassinated or have died mysterious deaths.

The former president has insisted that he is the victim of a leftist conspiracy, a claim the Supreme Court dismissed as false.