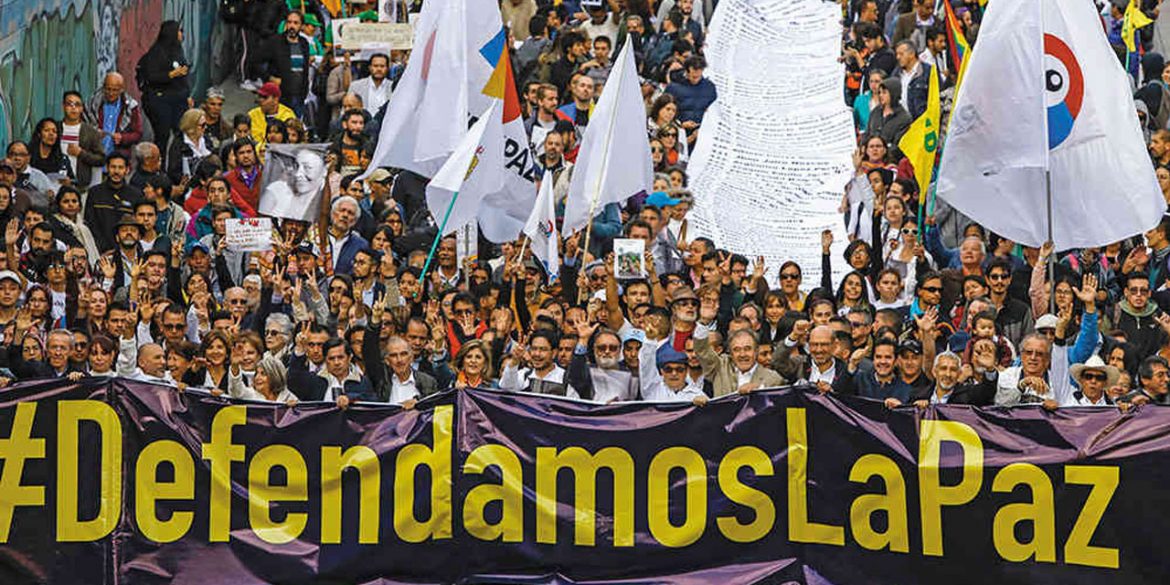 President Ivan Duque and his far-right party are using the coronavirus to cover up “assaults” on Colombia’s peace process while promoting authoritarianism, the country’s peace movement told the United Nations on Tuesday.

In an open letter to UN Mission chief Carlos Ruiz, “Defendamos la Paz,” the country’s most powerful peace organization, accused the Duque administration of using the pandemic to cover up violations of the 2016 peace deal with now-demobilized FARC rebels.

The organization additionally accused the president’s far-right Democratic Center (CD) party and its leader, former President Alvaro Uribe, of using the crisis to promote the reduction of powers of Congress.

Mr. Ruiz, you, the Secretary General and the Security Council may not have missed the authoritarian discourses attacking the separation of powers. For example, a spokesperson of the ruling party asked for the closure of congress during the pandemic. The leader of this movement, former President Alvaro Uribe, demanded its reduction just when the State Council is about to rule about the 16 seats for peace as contemplated in the peace deal.

According to Defendamos la Paz, Duque’s so-called “stabilization adviser” said he would seek to, among other things, remove the FARC’s lawmakers from congress, reduce judicial benefits for those cooperating with the transitional justice system.

The organization additionally said the government lacked “any sense of humanity” and violated the peace deal by excluding members of the FARC and the military from a decree that seeks to release inmates from the country’s overcrowded prisons.

Last but not least, the CD has used the pandemic to propose reducing funds allocated for the implementation of the peace deal, according to the peace movement.

There is no doubt that a pandemic is being used in Colombia to dodge peace commitments; the coronavirus disease cannot lend itself to strengthen the disease of war. We ask you, the Secretary-General and the members of the Council of State to help us prevent this.