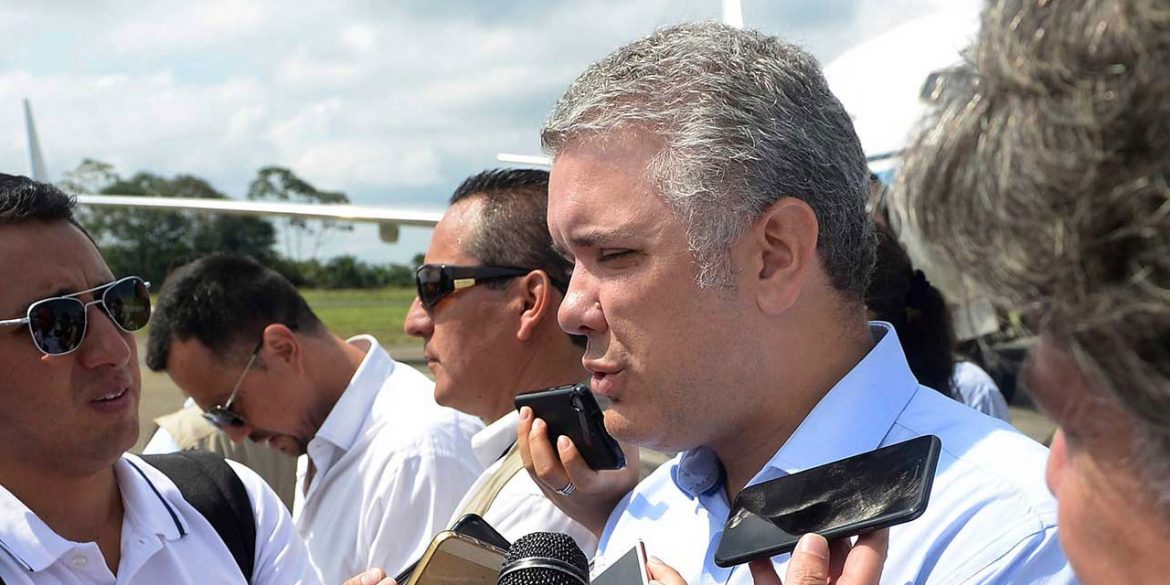 Coronavirus: Colombia to impose travel ban on all foreigners, except residents and diplomats

Starting Monday, Colombia’s migration authorities will impose an entry ban on all foreign visitors with the exception of foreign residents and diplomats, President Ivan Duque announced.

The country’s migration authority had already announced the travel restrictions for people traveling from Europe and Asia on Friday and had closed the land border with Venezuela.

After another 10 cases were discovered — bringing the total of infections to at least 34 — Duque announced on Twitter that the travel restrictions were expanded to all foreign visitors.

This means that apart from a travel ban for foreign visitors, also the land borders with Ecuador, Brazil and Peru will be closed.

According to Transport Minister Angela Maria Orozco, the entry ban is part of measures taken as a consequence of the health emergency declared by the government last week.

Following the latest news, in which cases of coronavirus have increased substantially in other countries and there are more than one hundred countries with cases, the national government has extended this measure to any foreigner from any country in the world.

Colombians and foreign residents who are allowed entry must isolate themselves at home for two weeks to rule out infection.

In the case of foreigners with residency status, their failure to comply with this isolation order will be monitored by migration officials and could result in sanctions, including expulsion.

Health officials will be monitoring the health status of all incoming travelers.

The progressively strict travel restrictions have virtually collapsed the country’s tourism industry; museums and other large-scale attractions have closed to limit contagion within Colombia’s borders.

Duque last week announced measures like tax cuts and loans in an attempt to prevent the mass bankruptcy of tourism providers.