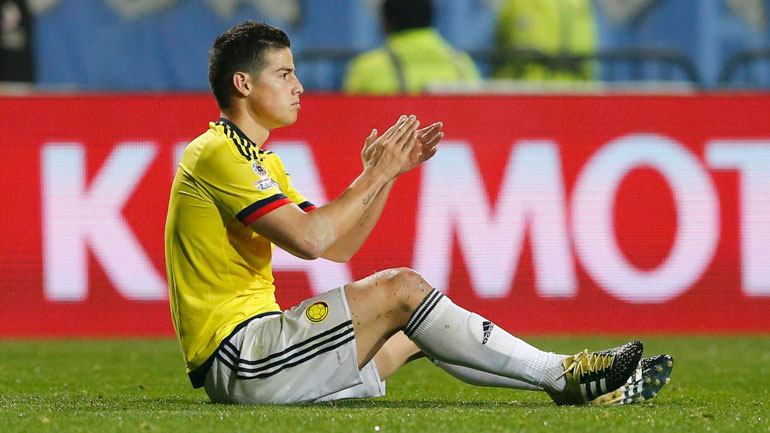 Argentina advanced to the semi-finals of the Copa America 5-4 on penalties on Friday after their 90-minute onslaught ended in a 0-0 draw with Colombia.


Carlos Tevez got the winner with Argentina’s seventh spot kick in what was a thrilling end to a great tie.

Colombian goalkeeper David Ospina was the man of the match, making some remarkable stops to keep his side in the game.

The Arsenal keeper made a miraculous double save in the 25th minute when he dived to keep out a point-blank shot from Sergio Aguero with his legs and then got up to parry away Lionel Messi’s header from the rebound.

He also did just enough to tip a shot from Nicolas Otamendi onto the post with 10 minutes left. Jeison Murillo scooped the ball off the line with seconds to go as Argentina piled on the pressure.

Argentina, who have not won the Copa America since 1993, now face the winners of Saturday night’s Brazil-Paraguay match. The other semi-final will be between host Chile and Peru.