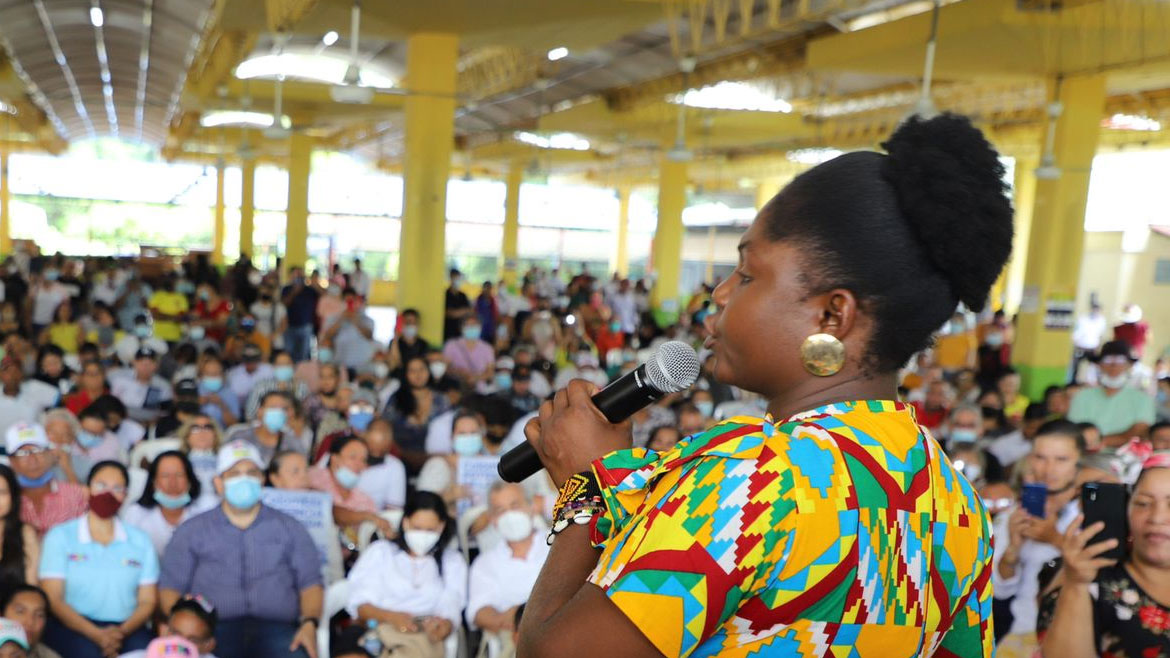 'And now I am here as a candidate' says Francia Marquez

Some in Colombia’s elite seem uncomfortable with the idea that their next vice-president may be a black woman who used to be dirt poor.

Francia Marquez, the running mate of opposition candidate Gustavo Petro, confirmed on Tuesday that she was a beneficiary of the “Solidary Income” program for the poor.

According to RCN Radio, this “scoop” created  controversy.”

White supremacy in Colombia | Part 3: ‘the negroes multiply by themselves’

In an interview with Blu Radio, Marquez confirmed that she received the $45 per month stipend because “I wasn’t rich” and was raising two children on her own.

I have been an impoverished woman, I have raised my children on my own like a lot of single mothers. I have worked in the mines to raise my children.

According to the vice-presidential candidate, she never asked for the stipend, but was included in the Solidary Income program because of her social stratification.

“I endured hunger in order to study,” the environmentalist stressed.

In response to criticism that she took 10 years to get her law degree, Marquez explained that “I had to pay tuition for one semester, pause for one to save and get the money together” for the next semester.

“And now I am here as a candidate,” said Petro’s running mate.

Marquez surprised many when she received more votes in the primary of Petro’s Historic Pact party than presidential candidate Sergio Fajardo did to win the “Center Hope Coalition” primary.

The electoral success that made Marquez Colombia’s first black female vice-president triggered a wave of hate speech and at least three death threats.

The environmentalist survived an assassination attempt in 2019 when she was campaigning against a mining project in her native Cauca province.

Marquez won the prestigious Goldman Environmental Prize in 2018 for her environmental activism in southwest Colombia.