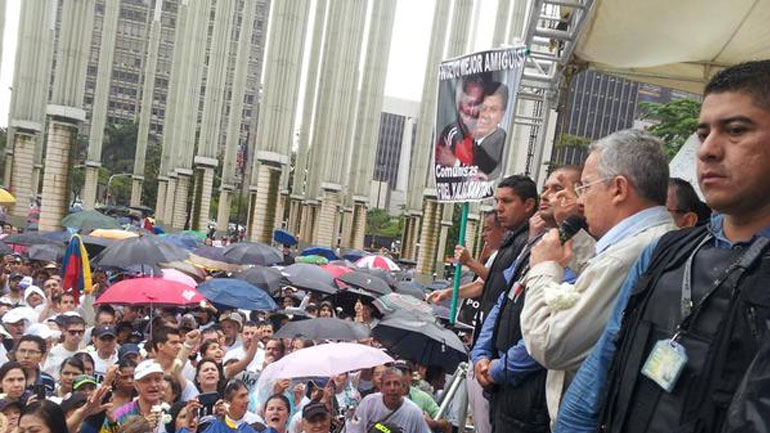 The main reason for the Democratic Center party to call for protests is its objection to ongoing peace talks with leftist FARC rebels.

According to Uribe and his followers, the administration of President Juan Manuel Santos has been too soft in the negotiations, agreeing to far-stretching concessions to end Colombia’s 51-year-long conflict.

However, the “Uribistas” as they are called in Colombia also plan to protest the government’s economic policy, exactly like the labor unions and social organizations that are organizing strikes and protests.

The organizations planning protests for March 17 do not oppose the peace talks, forcing the Democratic Center to organize its own protest.

Moreover, Uribe is a divisive figure in Colombia’s politics who can count on little to no support among the organizations of farmers, truckers, laborers and miners who vowed to take the street in March.

Uribe can count on a significant minority of Colombia’s more conservative electorate though, and his criticism of the peace talks is widely echoed among the Colombian population.