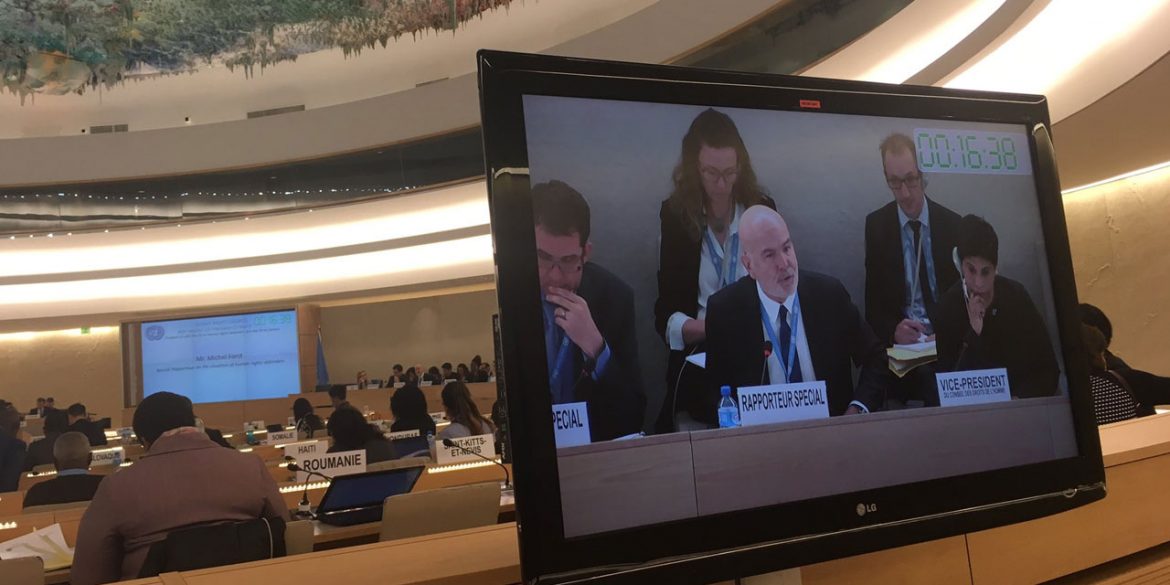 Members of Colombia’s Congress are implicated in violence against human rights defenders, the United Nations’ Special Rapporteur on the Situation of Human Rights Defenders said Monday.

In an interview with W Radio, UN rapporteur Michel Forst said that not just illegal armed groups, but also multinationals and politicians are a threat to human rights defenders.

President Ivan Duque has consistently claimed drug traffickers are behind the mass killings of social leaders, but this is true only in some cases.

Corporate responsibility NGO Business and Human Rights (BHR) said that at least 72 social leaders have been killed in Colombia while campaigning against private sector interest in a report published on Wednesday.

According to Forst, who has been refused entry to Colombia, politicians and even congressmen are also implicated in the deadly violence.

I received many testimonies of allegations of collusion between international companies or Colombian companies, and politicians, political leaders, members of the Congress or representatives of the different state institutions. Thus, this is one of the questions that preoccupies me, knowing that there can be on one hand corruption and on the other hand collusion between private interests, sometimes mafia interests, and as a consequence attacks, or even sometimes murders of social advocates and leaders.

The highly anticipated report of the UN rapporteur will be released on Wednesday amid a wave of violence against human rights defenders and community leaders that’s been marring Colombia’s peace process that followed the demobilization of FARC guerrillas in 2016.

This peace process is fiercely opposed by the far-right Democratic Center party of Duque, who has been reluctant to implement the deal.

Duque’s reluctance to implement peace policies and the ongoing political violence has increased tensions between the government and its critics in Colombia and the international community.

Forst’s report comes a day after the BHR report and less than a week after the UN human rights office’s report, which decried security forces’ ties to illegal armed groups and Duque’s attempts to brutally quell peaceful anti-government protests.

The UN rapporteur’s preliminary report from 2018 apparently bothered the government so much that the Foreign Ministry refused to allow the UN rapporteur entry to the country.