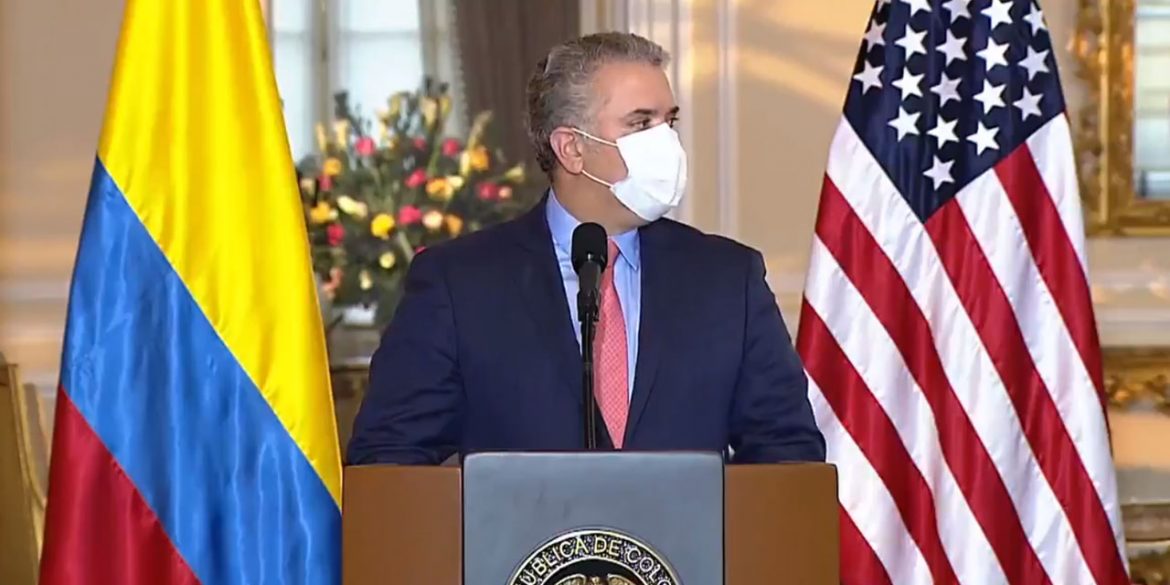 This week’s ballyhooed joint announcement by Colombia and the US of a big investment package to support rural development was so empty of detail it amounted to nothing more than a PR offensive to prop up the beleaguered presidents of both countries.

President Ivan Duque and senior US officials made the announcement together in Bogota of the new Colombia Growth project that offered lofty goals for unspecified actions at unspecified times.

Duque said the new initiative will “provide resources for community development… We welcome it with joy because it fits perfectly into our strategy to reenergize Colombia with a commitment to infrastructure development.”

US National Security Advisor Robert C. O’Brien said it “will harness a wide variety of agencies across the United States Government to expand our efforts focused on rural development, infrastructure expansion, security, and the rule of law.”

Adam Boehler, CEO of the US International Development Finance Corp. (DFC), said, “President Duque and I are committed to constructing a comprehensive, multibillion-dollar investment plan that focuses on providing economic opportunity to the Colombian people, particularly farmers.”

Nobody said what the program would actually do. Everything was couched in terms of “plans” and “potential.”

Duque said that at some currently unscheduled future meeting officials will “fine-tune details with concrete objectives.”

Nevertheless, despite the apparent absence of any specifics, Duque said the project would become “a kind of model of what development cooperation in the 21st century in the Americas should be.”

If the US Development Finance Corp. were ever to make investments that actually benefit rural farmers, it would require a 180-degree turn from the kind of investments it currently supports in Colombia.

For example, its web site lists three 2019 projects in Colombia. One involved a $7.75 million contract to a Tulsa, Oklahoma, company working on 15 new oil wells in the Palagua Field, 180 kilometers northwest of Bogota. A second was $3.0 million to a Bogota-based firm for work on the same oil well project.

The third 2019 project was a loan guarantee for a $350 million improvement and maintenance package for the 193-kilometer Puerta de Hierro toll road, which connects seaports and airports across a section of the northern Caribbean coast.

And both Duque and Trump are facing for the first time a large group of members of the US Congress who are concerned about the deteriorating situation in Colombia and the weak US support for full implementation of the peace agreement with the FARC.

A July letter to US Secretary of State Mike Pompeo was signed by 94 members of Congress, following a similar letter in May with 79 signatures. Among other things, the letters sought a “unified and unifying message that the United States supports full implementation of the 2016 peace accord.”