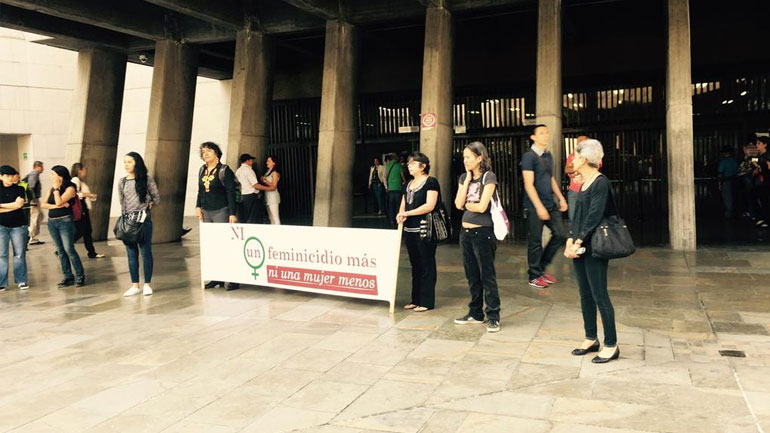 Hundreds of women gathered in Colombia’s second largest city Medellin on Wednesday to protest against gender-based violence and to demand truth, justice and reparations for female victims of violence.


The protest was sparked by a government statement revealing that 105 women in Antioquia, the province of which Medellin is the capital, have been murdered so far this year, 70% of these were reported as femicides and cases of domestic violence.

Spokespersons for the government of Antioquia expressed their deep concern because, despite an 11% reduction compared to last year’s figures, the number of murdered women in the department remains high.

Of these gender-based homicides 30 were reported in Medellin where Wednesday’s protest organized by the Social Movement for Women took place. The past 11 days alone saw nine cases of femicide in Antioquia.

More than 1000 women participated in the protest and they were accompanied by authorities and human rights organizations.

Patricia Builes, Secretary for Women in Antioquia, said in a statement that cases of violence against women happen because it is entrenched in the culture that women are inferior to men, that the man holds the power in a relationship and subsequently perceives the right to control her, sometimes leading to violence and even murder.

Violence against women in Colombia fueled by machismo culture

“We want to raise awareness among all citizens about the murder of women and the judicial impunity towards these cases,” Sonia Vasquez, candidate for the upcoming Medellin council elections, said on Twitter.

Vasquez urged families to stand up to abuse and discrimination and also explained that public security for women must be strengthened and supported by a judicial system which treats women with dignity.