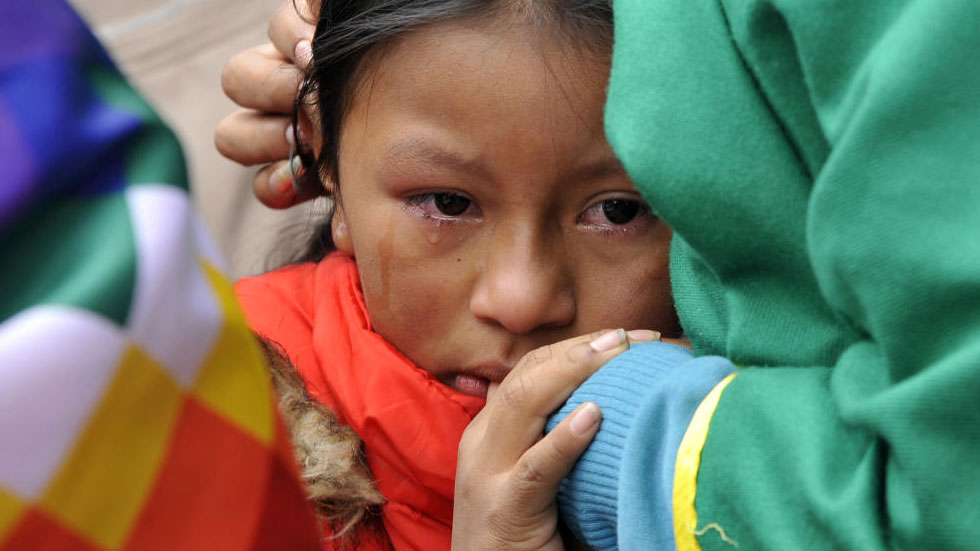 Colombian rebels may be preparing to lay down their guns, but the nation faces a deeper challenge to heal itself: treating mental illnesses stemming from the trauma of a half-century war.

The 260,000 people killed and 60,000 missing in the civil conflict are quantified in official statistics — but uncounted millions still suffer the psychological scars.

Maria — a pseudonym which the woman agreed to use for this story — was a small girl when fighting between the government and leftist FARC rebels struck the village near her family’s farm.

Now 49, she speaks in a scarcely audible voice about the horrors she lived through and the fear that stalks her to this day.

“I still live in a state of anxiety,” she told AFP in her gloomy apartment, in a back courtyard on the outskirts of Bogota.

Her father narrowly survived an attack by the Revolutionary Armed Forces of Colombia (FARC), who targeted him because he refused to join their ranks.

“I was six years old. I was always afraid,” said Maria.

“We had to spend every night in the village because the guerrillas used to venture up to the farm to kill people.”

Colombia’s government last month pushed through Congress a peace accord meant to end the 52-year conflict — a controversial move since it made concessions to FARC members blamed for atrocities.

The rebels promised to disarm and compensate victims. But the deal contains few details on how to treat those traumatized by the war.

Under the accord, the government commits to “improving psychological social care,” without indicating how much it might spend on it.

The International Committee of the Red Cross has warned that unresolved traumas can spawn fresh violence.

“The victims bear the scars of violence also in their minds,” it warned in a report in October.

After a childhood of fear, Maria ran away from an abusive husband. She was penniless and had an ill son to care for.

She ended up working for the United Self-Defense Forces of Colombia (AUC), right-wing paramilitaries armed by wealthy landowners to fight the leftist guerrillas.

“I made their meals and washed their clothes,” she said, scraping a fingernail nervously on the table.

“I never asked where they were from or what they were doing.”

Even though she says she never used a weapon, Maria ended up being listed as a member of the AUC when the government ordered their disbandment in 2006.

Though she now lives four hours away from her home region by road, she still fears the paramilitaries’ left-wing foes might one day catch up with her.

“There were a lot of rumors that all the people who had worked with them were going to be killed,” she said.

“That makes me afraid.”

The war started in 1964 when the FARC launched an uprising to fight for peasant land rights.

It drew in various groups who carved up the country between government- and rebel-held zones and fought each other to the death, massacring and kidnapping.

“Drawing a line between who is the victim and who is the aggressor is very complex,” said Joshua Mitrotti, head of the Colombian Reintegration Agency.

The agency helps settle former fighters back into civilian life, working alongside the public health sector to provide them with psychological counseling.

Many of them have witnessed massacres, or been raped or kidnapped. Some were recruited to fight as children.

“About 30 percent are suffering from post-traumatic stress disorder.”

A further third of them suffer alcohol or drug addiction and about a quarter suffer from anxiety.

Colombian public health specialist Mary Luz Dussan said the country must raise the level of “effective psychological and social treatment” for such people.

“That can still be done,” she said.

“You have to start by rebuilding the person that has been destroyed by this war.”