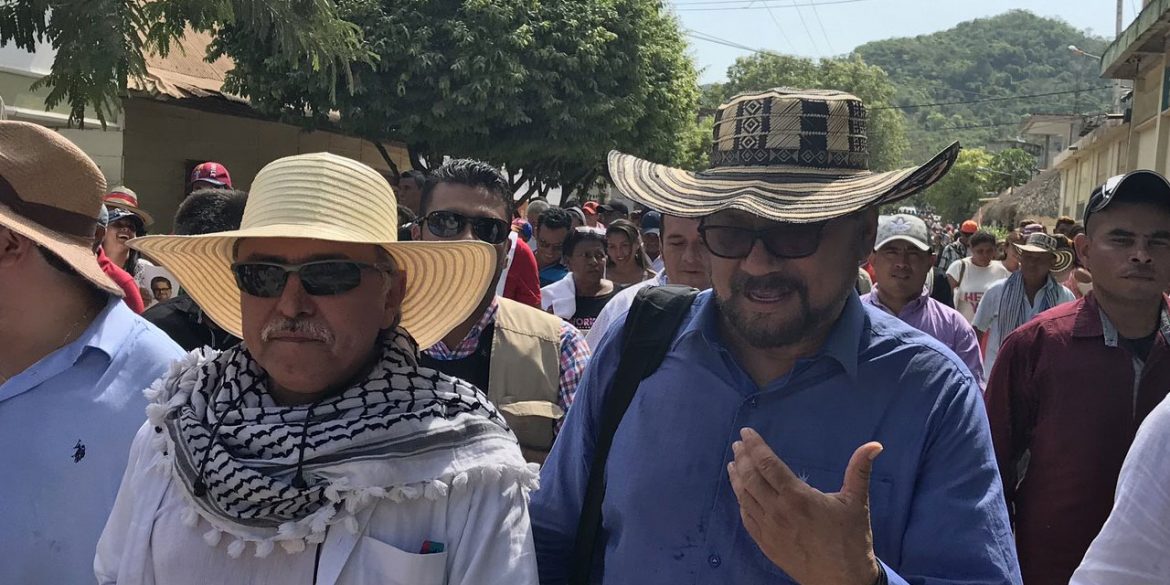 Colombia’s war crimes tribunal requested authorities to surrender evidence to determine whether the FARC leader “Ivan Marquez,” is violating the peace deal he negotiated for years.

Marquez is the most prominent of former guerrilla leaders who went missing last year and could lose the judicial benefits he negotiated if he is found to be failing to comply with the peace deal.

After multiple failed attempts to establish contact with the former guerrilla leader, the Special Jurisdiction for Peace (JEP) asked both national and international authorities for evidence that could support the court’s decision to strip him of benefits or expel him from the peace process.

Verifying Marquez’ claims he is threatened

The FARC’s former political leader has said he has not been able to attend compulsory court hearings, claiming that there are “new and very serious cases of physical aggression and threats against several of my family members.”

Marquez failed to “surrender evidence that would justify his absence.”

The JEP additionally asked the Defense Ministry to investigate if there indeed exist risks that could threaten the FARC leader’s life or physical integrity and asked the presidential adviser responsible for the FARC reintegration camps to verify claims Marquez fled after getting wind of the imminent arrival of hooded men.

Did Marquez rearm or has he been promoting desertion?

Furthermore, the prosecution was asked to investigate if Marquez is suspected of having committed any crimes during the peace process or if evidence exists the former FARC leader could be instigating guerrillas to abandon the peace process.

The JEP wants this investigated after multiple messages left by the FARC leader on Twitter in which he said it was a “mistake” to surrender weapons before making sure the government would comply with the peace deal.

Migration authorities were asked to verify if Marquez had left the country, which would also be a violation of the terms agreed in the peace deal that led to the FARC’s demobilization and disarmament.

Marquez, who was supposed to become the FARC’s senate faction chief, has already been stripped of his political rights for failing to appear at his swearing in ceremony without informing Congress of any impediments.

If the court finds that Marquez’ claims he is in danger are unfounded or if he violated the peace deal he could lose the judicial shield that would allow him to pay for his crimes without going to prison.

If the former guerrilla leader is found to have rearmed or returned to criminal activity to sustain himself he can be expelled from the peace process altogether and become a fugitive.

With Marquez, some 10 other former commanders and mid-lever commanders have gone missing, citing either security concerns or a lack of confidence in the government’s commitment to implementing the peace deal.