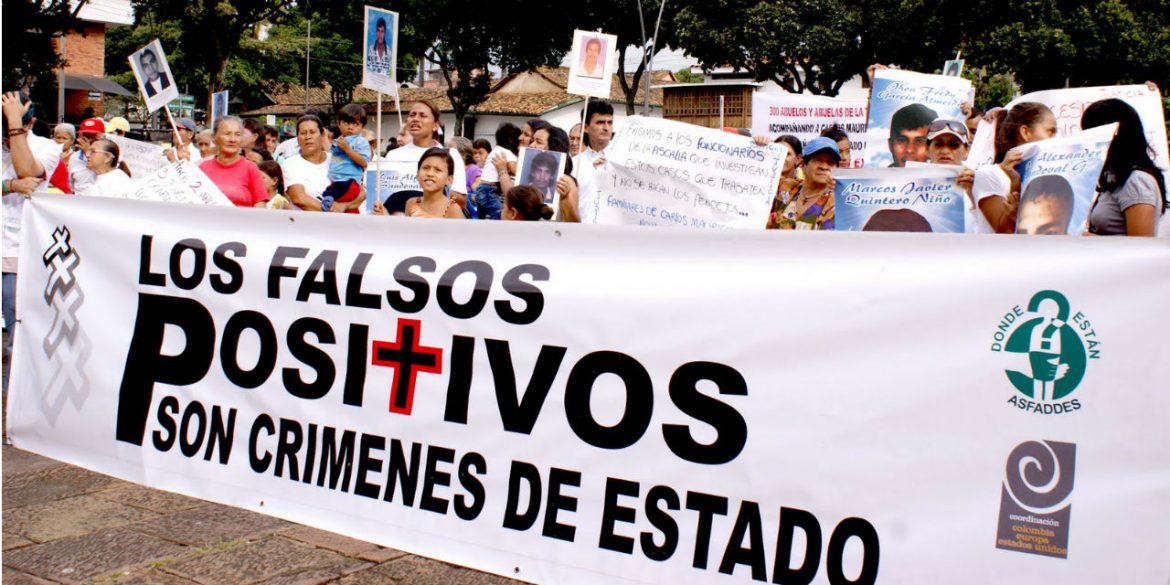 Colombia’s specially established traditional justice court (JEP) on Monday opened proceedings on the case of extrajudicial killings carried out by the armed forces, which are often referred to as “false positives.”

The Chamber of Recognition and Truth of the JEP opened “case 003,” on  account of the fifth report of the Prosecutor General’s Office entitled “Deaths illegitimately presented as casualties in combat by agents of the State.”

According to the report,  a total of 2,248 victims were murdered by State forces and dressed as guerrillas to be presented as combat kills between 1998 and 2014, of which 48% were men between 18 and 30 years of age.

The report identified that the practice dramatically escalated from beginning of the presidency of Alvaro Uribe in 2002, hitting its most critical period between 2006 and 2008.

45% of the victims were peasants while 30% were engaged in informal activities in the cities on a list that spanned across 29 of Colombia’s 32 provinces.

“It was observed that four of the eight divisions of the Army (the first, second, fourth and seventh) concentrated 60% of the cases,” said the report.

Significantly, the figures reported by the Prosecutor General’s Office contradicted those published in a similar report published in June 2015 when it claimed to have found that the armed forces and civilian collaborators had killed 4,475 civilians.

Of ten lists obtained by the JEP, 1,944 members expressed their willingness to submit to the transitional justice mechanism that was set up as part a peace deal between the government and the Marxist-inspired FARC.

Out of this figure, 1,750 were members of the national army that were involved in 2,586 cases where false positives were reported.

A recent study said that more than half of the combat kills reported under Uribe were not guerrillas, but innocent civilians, which created a false sense the military was winning the armed conflict with the FARC and other rebel groups that began in 1964 and ended after a peace deal in 2016.

The homicides were presented on record and in national media as combat kills and used to give people the false sense that Uribe’s so-called “Democratic Security” policy was a success.

So far 2,159 members of the national security forces have presented themselves at this tribunal that allows jailed and convicted soldiers to await trial at home and evade prison.

Almost 1,000 members of the security forces have been released from jail after they registered with the JEP.

In June of this year, Colombian lawmakers passed a bill detailing the functioning of the Special Jurisdiction for Peace, which includes a provision proposed by supporters of President-elect Ivan Duque – that is likely to halt prosecutions of killings by the army and other abuses.

Unless defendants request otherwise, the provision suspends Special Jurisdiction prosecutions of soldiers of the Colombian Armed Forces until the government creates a “special and differentiated process” for them.

Congress has a year-and-a-half to pass a bill detailing that process.