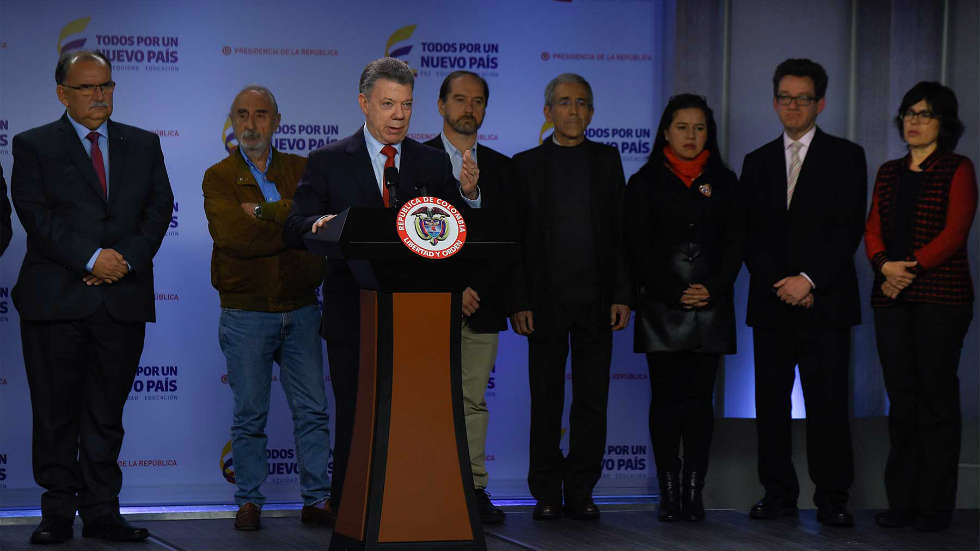 The commission is part of the transitional justice system that also includes a war crimes tribunal. Expectations are high as tens of thousands of Colombians are missing.

Colombia’s state system has nearly collapsed after decades of armed conflict, corruption and an underdeveloped economy.

The commission was supposed to take force in November, but has been delayed by a visibly nervous Congress that is preparing for elections in March next year.

President Juan Manuel Santos celebrated the commission and expressed his truth for the 8.5 million war victims would contribute to reconciliation in the divided country.

The military, demobilized Marxist FARC rebels, and former paramilitary leaders have committed to cooperate with the commission.

Politics is divided as members of many political parties ended up colluding with illegal armed groups.

The fundamental goal is to move from revenge to coexistence, from hate to reconciliation, from separation to the joint construction of a better future. The truth is an antidote against new cycles of violence.

The president stressed that “the activities of the commission and the collected information will not have legal consequences.”

The investigative body is part of a peace process that seeks to end more than half a century of armed that continues to divide society.

The commission is led by one of the country’s most respected human rights investigators, Jesuit cleric Francisco de Roux, and has been opposed by mainly conservative opponents led by hard-right former Presidents Alvaro Uribe.

A radical senator of Uribe’s Democratic Center party went as far as calling De Roux a “guerrilla priest,” in one tweet to his base.

They seek to adjust to the position of 61% of the electorate that, according to the National Consulting Center, has an authoritarian political profile.

The federation of former military commanders ACORE expressed confidence in the commission after steady objections in the years leading up to the transitional justice system.

The appointment of Father Francisco de Roux as member and president of the … commission, will generate an atmosphere of tranquility and ensure the successful completion of the assignment. He helped clear the doubt of more reluctant and critical sectors towards the members of the investigative body.

The armed conflict investigated by the commission is the one that began in 1964 when the military attacked a Marxist commune in southern Colombia.

More than 265,000 were killed and more than 7 million were displaced in the drug-fueled armed conflict that involved many other groups, mainly in the countryside.