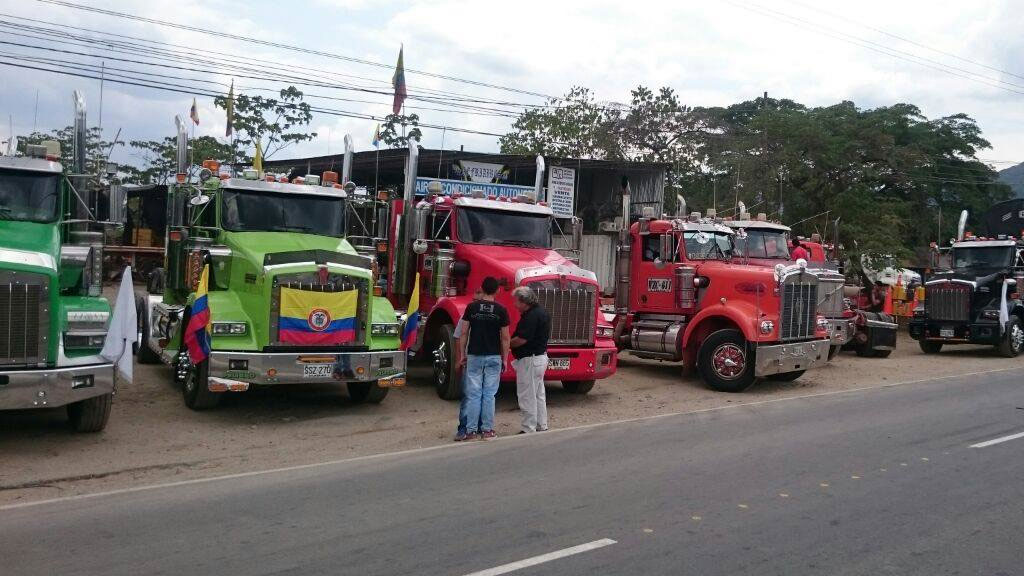 A trucker strike in Colombia reached an end when the government and protesters reached agreement on Thursday, concluding 24 days of strike and losses of approximately $300 million to the Colombian economy.

The negotiations between the truckers and the national government began on Wednesday morning. The agreement was reached after almost 24 hours of discussion over the implementation of new measures that will benefit the sector.

According to economic newspaper Dinero, the strike has cost the Colombian economy approximately $300 million.

“We declare that the immobilization is over. We ask transporters to go to work immediately,” said Pedro Aguilar, ex-president of Colombia’s Trucker’s Association (ACC) on Thursday.

“We have reached an agreement that gives the sector peace of mind, the transporters of our country can be satisfied. The Colombians must now be the overseers of this agreement,” added Orlando Ramirez, President of the Cargo Transportation Association (ATC).

According to a statement issued by the Ministry of Transport, part of the agreement includes the creation of a permanent commission that will seek to “revise the structural formation of the politics surrounding Colombia’s cargo transportation.”

The Ministry will “create tools that allow, through monitoring and control, the fulfilment of rules governing the relations between the cargo manufacturers, transport companies and the owners of vehicles,” the statement explained.

The 24-day-long strike kept approximately 40% of trucks off Colombia’s roads, according to Colfecar director Fabio Sanin.

This caused food shortages and increased food prices across the country.

The consequent 60% reduction in transport capacity led food distribution centers in both Bogota and Medellin to report increases in food prices and in some cases shortages in food supplies.