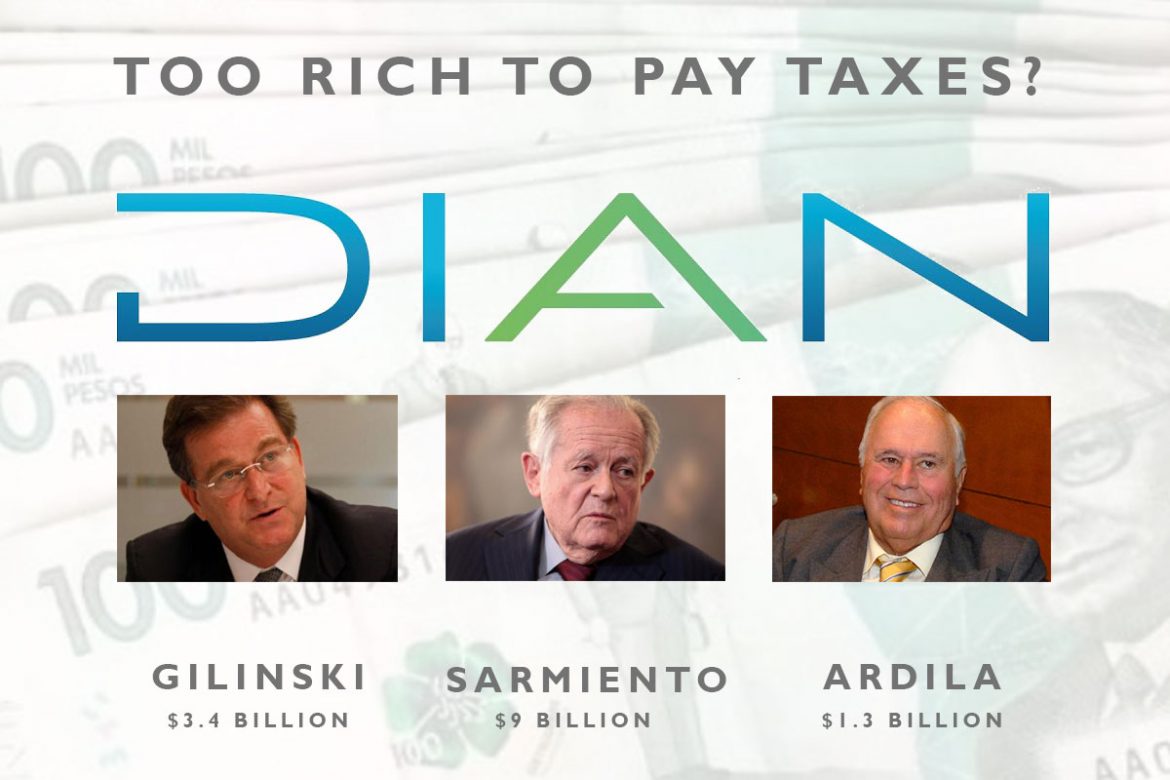 The estimated net worth of Colombia’s richest men is much higher than what anyone allegedly reported to tax authority DIAN without this spurring an investigation.

Questioning the wealth of billionaires Luis Carlos Sarmiento, Jaime Gilinski and Carlos Ardila is apparently as taboo as investigating evidence of previous allegation of criminal an terrorist activity.

A 2019 book, Dynamics of Inequality in Colombia, inadvertently gave every reason to investigate the billionaires when it revealed that no Colombian had reported a fortune higher than $1.5 billion to the DIAN in 2017.

This came nowhere near the net worth of Colombia’s richest men estimated that year by Forbes, which estimated Sarmiento’s net worth at $12 billion that year.

Based on Forbes’ estimate, the controversial banker should have contributed the equivalent of 0.4% of his wealth, or $44 million, to the treasury in 2017.

The highest contribution received by DIAN for that year was only $766 thousand though, according to economist Luis Jorge Garay and Jorge Enrique Espitia, the authors of the book.

This means that either Forbes’ estimates are unreliable, Colombia’s richest men are committing fraud that could land them in prison or both.

Former anti-corruption czar and the director of the Anti-Corruption Institute, Camilo Enciso, rang the alarm after reading the book last year, but was met with a deafening silence.

If the numbers are correct, the best case scenario would be that Colombia’s two biggest bankers will be sent to prison to serve sentences between four to nine years.

The worst case scenario would be that decades of ignoring evidence of Sarmiento and Gilinski’s alleged criminal activity could collapse Colombia’s entire financial system.

Dynamics of Inequality in Colombia

The lesser of all evils may be to pretend the evidence indicating that Colombia’s financial system relies on criminals doesn’t exist, which the DIAN has been doing, presumably praying this won’t go wrong.

If Sarmiento, Gilinski and Ardila do a better job than Pablo Escobar in pretending to be legitimate businessmen they may be prevent causing more destruction than the slain drug lord.

If the controversial billionaires fail, the consequences are impossible to predict.