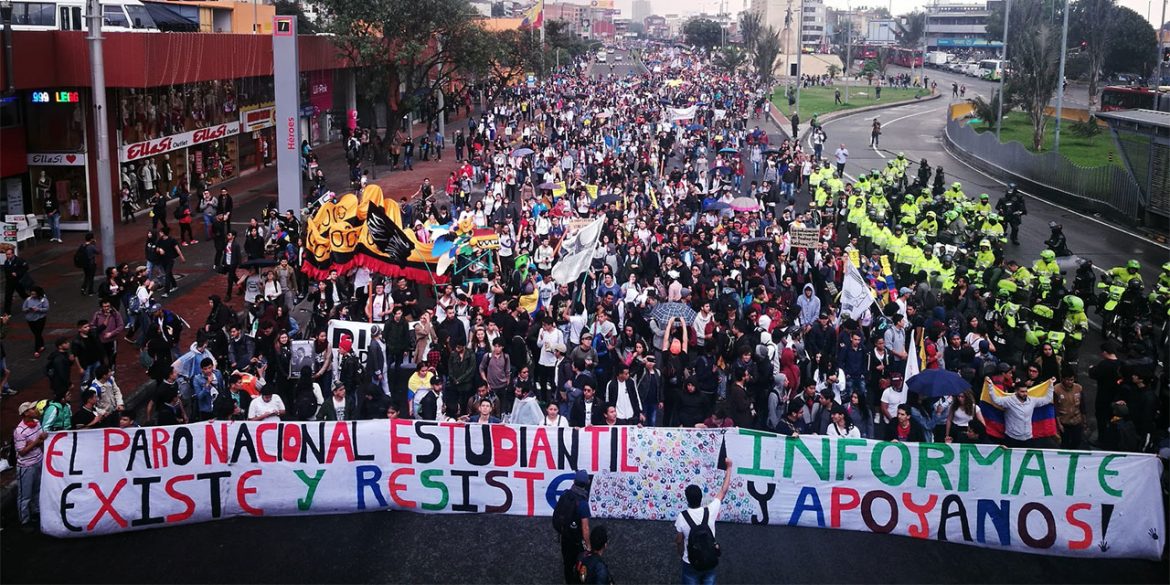 Colombia’s Police said Wednesday that “extremist” groups plan to sow “chaos and disorder” during mass marches organized by teachers and students for Thursday.

Teachers union FECODE announced they were joining the students in the latest escalation of what began as one protest against corruption at District University in the capital Bogota.

How to escalate protests in two weeks

The brutal repression of the protest triggered solidarity protests by students from both public and private universities in Bogota, and universities in Soacha, Medellin, Barranquilla and Manizales.

When also these were ended by violence and students caught undercover police committing acts of vandalism, the national student and teachers organizations jumped in.

Thursday’s protests will be held in at least 17 cities, according to student union ACREES. In Bogota, both public and private university students are expected to take part.

Both the students and teachers have stressed they want the marches to be peaceful and respected.

The goal of this march is the noblest there can be, which is that future generations have the right to higher education. We invite everyone to accompany the mobilization peacefully and we publicly call for this to be respected.

The student organizations and the teachers demand the government of President Ivan Duque keep its word about investments in Colombia’s neglected public education system.

The public university system requires structural reform to finance and overcome the crisis and the systematic budgetary asphyxiation to which it has historically been subjected by the different governments in power, due to the absence of a structural educational policy.

The teachers’ demand is new. Students who took part in the previous marches demanded the dismantling of the notoriously violent riot police unit ESMAD and an end to corruption. 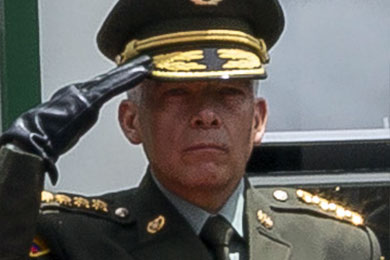 Two of Atehortua’s own men were arrested in the latest march when they were apprehended for throwing rocks and Molotov cocktails at student loan agency Icetex.

We have known the pretension of some recalcitrant and extremist groups such as the self-proclaimed JM19 who want to infiltrate parts of student marches in some universities to cause chaos and disorder.

The tiny JM-19 groups have not announced to take part in the protests and are rejected by the student organizations.

Atehortua said “we expect the students themselves to exercise internal control and separate the people who want to cause chaos and terror from these protests,” adding that “we don’t want any disorder.”

Whether peace will be maintained depends largely on Atehortua himself, considering that it has been his controversial interpretation of law enforcement that led to this unprecedented escalation of protests.