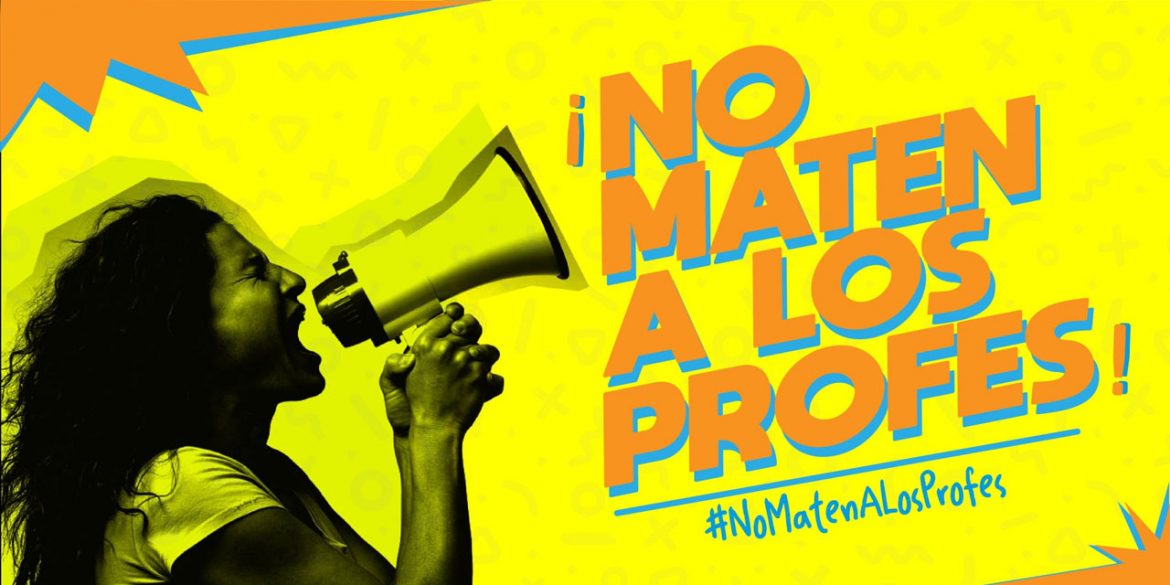 Colombia’s teachers announced they will go on strike later this month in rejection of recent violence and death threats.

The strike was announced by teachers union Fecode on Monday, less than a week after one of their regional coordinators survived an assassination attack in central Colombia, a teacher was assassinated in the northeast and dozens were sent death threats in multiple towns.

The teachers will be organizing marches “for life and peace” in rejection of the recent wave of violence.

Fecode will take to the the inter-american court of human rights and other international bodies “to stress the violation of rights of teachers and the Colombian people,” union president Nelson Alarcon said.

The union president condemned the silence of the administration of President Ivan Duque, whose far-right Democratic Center party has systematically stigmatized teachers, claiming they are “indoctrinating” public school children with leftist political thought.

Followers of the party of Duque and former President Alvaro Uribe have gone as far as claiming that the teachers’ union “must disappear.”

According to the United Nations’ Development Program, “the role of the education sector in the democratic task to build and consolidate the conditions that make sustainable peace with social justice possible is of utmost importance” in 2015.

Colombia’s peace process, however, is fiercely opposed by the so-called “Uribistas.”

Last week’s death threat sent to 25 teachers in the northern city of El Salado came just days before the commemoration of a paramilitary massacre of more than 200 residents that happened 20 years ago.

According to the teachers, they were threatened because they worked with local victims representative Yirley Velasco, who was raped during the massacre and has been the victim of death threats for years.