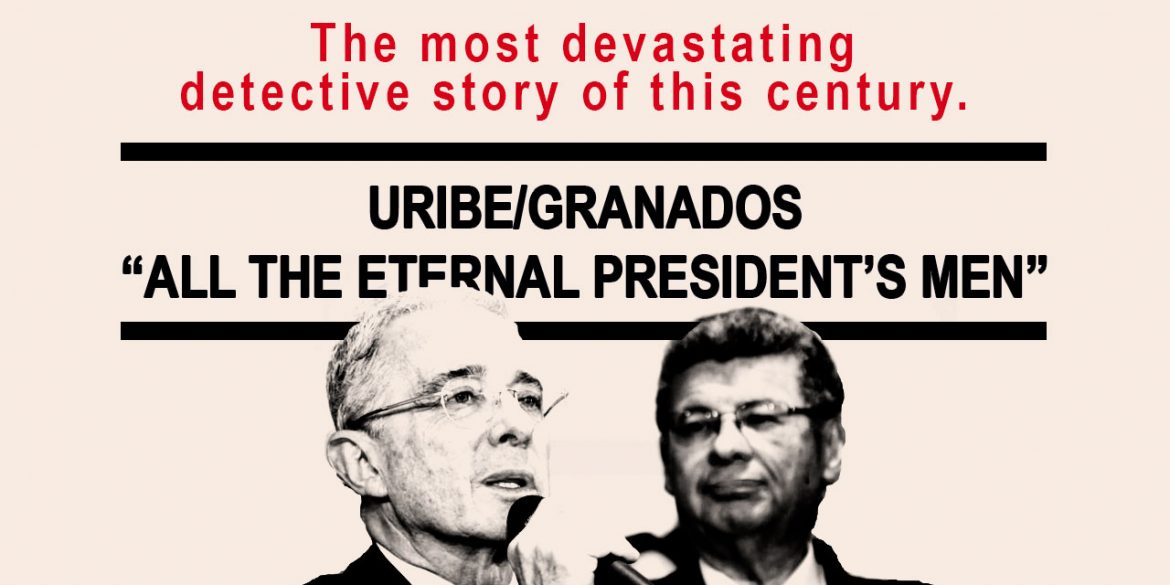 Magistrate Hector Alarcon met with acting Prosecutor General Fabio Espitia, who said he would lead the investigation into the alleged spying on magistrates who have been involved in investigations against former President Alvaro Uribe.

Following an inspection of the court’s office building, Espitia vowed to also inspect the homes and cars of Supreme Court magistrates for the possible presence of spying equipment.

The magistrates’ phones will be checked to see if wiretapping malware was installed, the acting chief prosecutor said.

Judges must undeniably be alarmed by any situation in which they might eventually be tracked, monitored, intercepted or followed

Supreme Court strikes back after ‘attack on democracy’ 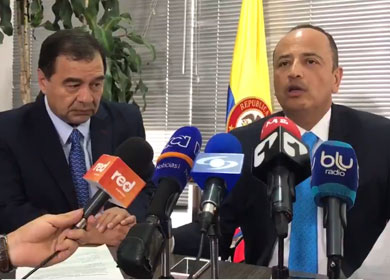 Supreme Court workers subsequently found listening devices in the office of magistrate Cesar Reyes, who is investigating the president’s political patron on fraud and bribery charges.

The court on Monday called the apparent spying and reported wiretapping an “attack against Colombian democracy” and called for “the use of maximum institutional effort to respond urgently, decisively and definitively to this threat to the country’s rule of law.”

From Colombia’s trial of the century to potential institutional crisis

The reported and apparent spying on the Supreme Court turned Colombia’s trial of the century into a potential institutional crisis.

Until Saturday, only Uribe was in trouble. Now he is dragging the government and the military with him.

Defense Minister Carlos Holmes Trujillo admitted on Tuesday that he told the president about the army’s allegedly illegal spying activities in December.

Instead of alerting judicial authorities, Duque called in the commanders of the armed forces after which the army began a cover-up operation.

Trujillo reportedly tried to stop a Supreme Court raid on one of the wiretapping facilities that was allegedly sending classified information to his party.

All the “eternal president’s” men

The Supreme Court has been investigating Uribe since the beginning of 2018 because the former president allegedly manipulated witnesses to file bogus charges against an opposition senator who had revealed evidence that the Uribe family formed a death squad in the 1990s.

The prosecution was already investigating mafia lawyer Diego Cadena, the fixer of who Duque has called Colombia’s “eternal president,” over his role in the alleged bribery of witnesses.

In an interview with El Tiempo, the newspaper of the president’s financial patron, Martinez said Granados would file criminal charges against Semana on his behalf.

The weekly seemed unimpressed and said to have “the evidence to support the claims contained in the article and present it when appropriate in court.”

Granados’ legal defense of Uribe has been a disaster at the Supreme Court so far, but he could have more luck at the notoriously corrupt Prosecutor General’s Office.

The attorney’s alleged plans to file criminal charges against Semana would force the weekly to provide the prosecution with evidence that would increase the chances of the retired general and possibly a few more being sent to prison.

Fortunately for Granados, the prosecution is implicated in the scandal and has destroyed evidence against Uribe before.