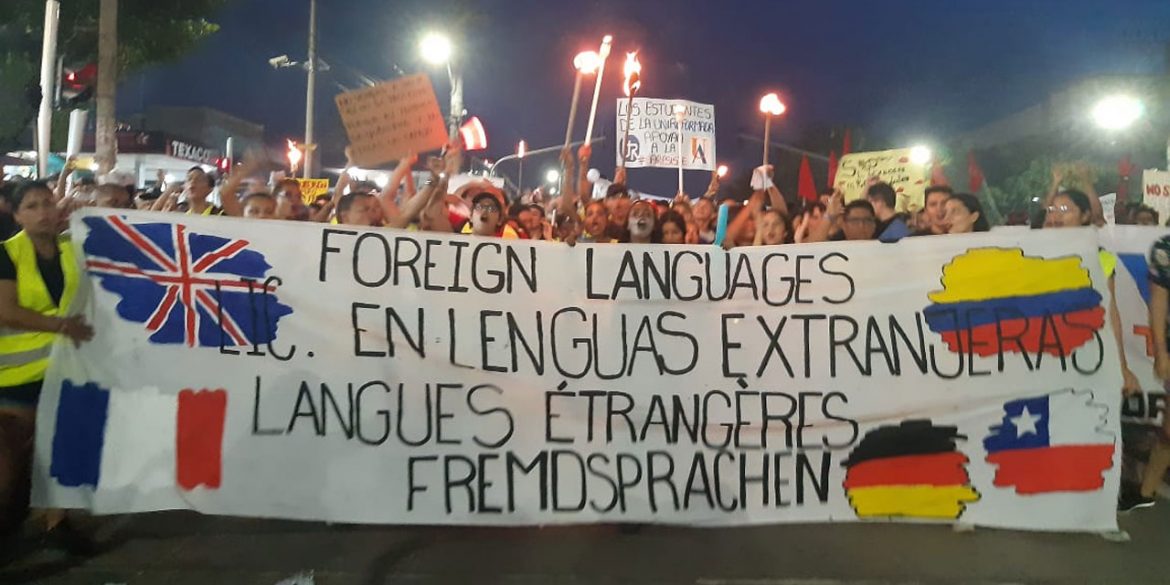 For the fourth time in little more than a month, tens of thousands of students marched in Colombia’s largest cities on Thursday to demand an end to corruption and police brutality.

The marches in the capital Bogota, and in the cities of Medellin, Cali, Barranquilla and Bucaramanga were largely peaceful.

In Bogota, minor clashes broke out when police stopped protesters from crossing the 106th street into the affluent north of the city and used teargas to disperse the protesters.

We, the students of Colombia are protesting for a better education. NO MORE violence from the government, NO MORE corruption, EDUCATION IS A FUNDAMENTAL RIGHT.#MarchaEstudiantil pic.twitter.com/moeBr9hORm

Why the students are protesting

The student protests appear to have been swelling after a protest against corruption at Bogota’s District University was violently repressed by riot police and students from nearby university organized solidarity protests.

When also these protests were met with violence, national student organizations got involved.

Since then, students across the country have taken to the streets to demand not just an end to corruption, but also respect for their right to protest and the dismantling of the loathed ESMAD riot police unit.

In Barranquilla, local university students additionally demand the resignation of the rector of the Atlantico University, who is accused of sexually harassing students.

Students vs the media

In Bogota, students took the camera of television network City TV amid growing indignation about media coverage of the protests.

“They don’t even know why we’re protesting,” one student wrote on Twitter.

Following the involvement of the student organizations, the marches have been largely peaceful, but media have consistently focused on incidents of vandalism or violence.

This has created tensions with the students who believe their protests are being misrepresented to the public.

Where is the government?

The government of President Ivan Duque seems unable to formulate a response to the students’ demands in regards to corruption and police brutality.

The president said that the government is complying with agreements made after student protests held in 2018, but failed to respond to the current demands.

While the government is struggling to deal with the swelling student protests, the country’s peace movement and indigenous organizations, who are supported by the students, have announced their own protests.