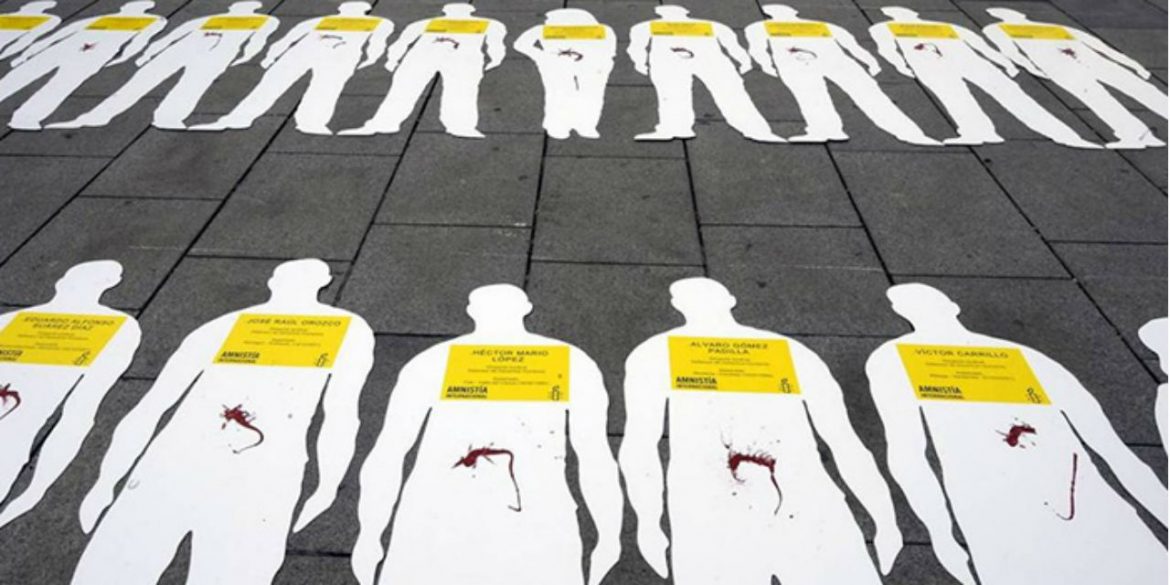 Colombia’s state officials assassinated at least 348 social leaders and human rights defenders between 1985 and 2016, the chief prosecutor said in a report on war crimes committed by the state.

Prosecutor General Nestor Humberto Martinez on Friday surrendered a report to the country’s war crimes tribunal about the 184 criminal investigations into the violent persecution of social leaders and human rights defenders that took place during the armed conflict.

The president of the Special Jurisdiction for Peace (JEP), Patricia Linares, said the war crimes tribunal would use the prosecution report as the starting point of its own investigations into state crimes against human rights defenders and social leaders.

State crimes against social leaders peaked between 2000 and 2008

According to the prosecution, the majority of registered crimes took place between 2000 and 2008, and that other peaks of violence targeting civilian leaders were registered in 1987, 1997 and 2013.

The involvement of state officials in the killing of thousands of members and leaders of the leftist Patriotic Union party was excluded from this investigation as these mass killing committed by state officials and their paramilitary associates are subject of a separate investigation.

How the state victimized social leaders

The province where former President Alvaro Uribe was governor between 1994 and 1997 continues to suffer extreme levels of violence targeting social leaders.

Where state victimization of social leaders left most victims

Who victimized social leaders between 1985 and 2016

More than 1,600 people have been linked to investigations into the violent state persecution of social leaders and human rights defenders between 1985 and 2016, the prosecution said.

More than 500 of these people have yet to be identified, statistics surrendered to the JEP showed.

Only 200 people were ever convicted of crimes committed against social leaders, the majority of whom were members of paramilitary organization AUC who demobilized between 2003 and 2006.

Why the mass killings were never adequately investigated

The prosecution identified four factors that contributed to the institution’s failure to effectively investigate state crimes against social leaders and human rights defenders.

The impediments would explain why in so many of the crimes no suspect has been identified.

What about the ongoing bloodbath?

The investigation did not include mass killing of social leaders that has left more than 450 dead since peace was signed with the now-demobilized FARC guerrilla group in November 2016.

In a press conference that was given shortly after the release of the report, Martinez and Interior Minister Nancy Patricia Gutierrez stressed that the state is no longer involved in the killing of social activists, contradicting multiple think tanks and a 2018 Interior Ministry report indicating that state officials continue to be involved in the violent persecution of social leaders.

In the first 10 days of the year, at least eight social leaders were assassinated.