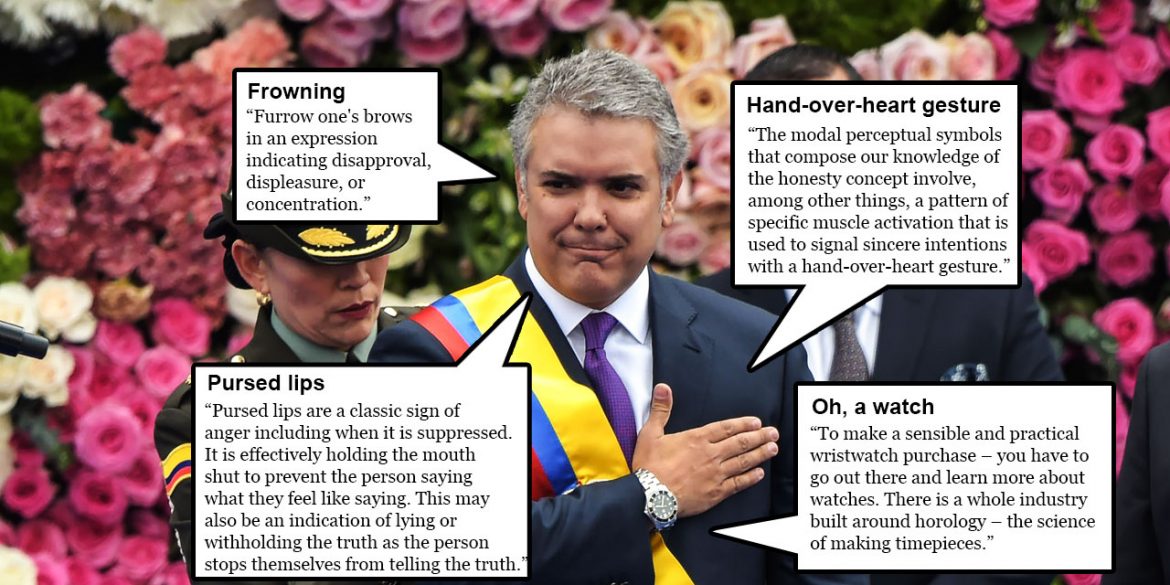 The first two years of Colombia’s president Ivan Duque’s were characterized by incomprehensible misrule and petty authoritarianism, according to a report by 500 social organizations.

The report’s title, “The misrule of the apprentice – Authoritarianism, war and pandemic,” was quite the spoiler alert about Duque, of whom they expect nothing more than “two more years of the same: misrule.”

The social organizations made no effort to spare Colombia’s unpopular president, criticizing not only Duque’s first two controversial years in office, but the president’s personality, or lack thereof rather.

This report continues the reflection of a year ago on the same character: an apprentice, an apprentice of spells. He learned to practice the perversity of spells, yet he himself does not fascinate or attract anyone with special strength; he does not enchant, he generates something similar to rejection and disbelief rather.

In seven chapters, the social organizations took an exceptionally hard rip at a president exceptionally unreceptive to criticism.

The organizations’s first chapter, “Misrule,” laid out how Duque’s handling of the coronavirus pandemic was mainly characterized by him handling all kinds of things, except the biggest healthcare crisis in more than a century.

Of the 164 decrees the president issued after declaring a national emergency on May 21, only 11 were related to healthcare, the report confirmed.

The organizations were most critical that not even the world’s health crisis since 1918 was enough for the president to be tougher on the private healthcare intermediaries who had driven Colombia’s healthcare system to the brink of failure well before the pandemic.

According to the report, not even Congress “functions as a limit to the power of the executive branch, but as another expression of corporate power.”

The organizations failed to understand how sending 12% of the national budget to corporations would benefit the economy, of which 96% are small or medium-sized businesses.

They also couldn’t comprehend why Duque rejected Congress’ idea for a temporary basic income that would prevent famine and stimulate domestic consumption.

It is not possible to find a reasonable explanation that would excuse the low execution of the resources foreseen to address this crisis. The Ministry of Finance has $26.3 billion frozen with which it could finance three months of basic rent for some nine million homes.

Meanwhile, the social organizations confirmed conflict monitors’ claims that while the government was evading the implementation of a 2016 peace policy with FARC guerrillas, illegal armed groups became the effective authority in much of the country.

Duque’s complacency with the paramilitary terror that allegedly has killed more than 200 human rights defenders and community leaders this year alone was in stark contrast with his brutal crackdown of peaceful anti-government protests last year, the report said.

The violent crackdown of peaceful anti-government protests that took place even before the ties between Duque’s far-right party and narcos became public confirmed that “the lack of democratic guarantees to exercise opposition is crudely reflected in the assassination of social leaders and ex-combatants of the FARC.”

In approximately 90% of the national territory, the presence of one or another paramilitary successor organization has been registered.

The organizations bashed Duque and his US counterpart Donald Trump for their allegedly counterproductive policy on the increasingly authoritarian President Nicolas Maduro, who has only benefited from the two far-right presidents’ polarizing rhetoric.

The organizations didn’t bother trying to assess the consequences of two more years of misrule during a global pandemic by a president with allegedly authoritarian tendencies who is allegedly is too incompetent to materialize ideas into policy.