The days have ended when Colombia’s president had the power to nominate candidates to take the country’s most powerful oversight role of Inspector General, if the country’s Congress gets its way. 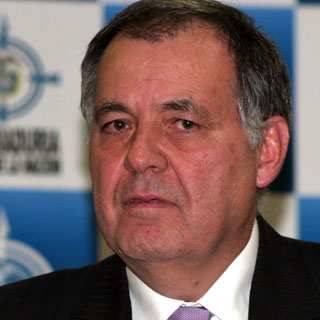 Colombia’s Inspector General has originally been elected by the Senate from a shortlist of three candidates composed by the president of the Republic.

According to local media, the senate has agreed to discard the current method of electing the Inspector General in a debate on a reform of Colombia’s political system that pretends to restore the balance of powers between the government, the courts and Congress.

Colombia’s president will no longer be able to select three candidates and present them to congress for them to choose of the trio. The Inspector General has the option of being reelected after a four year term.

Instead, the senate will evaluate a pool of candidates based on merit and elect the country’s most powerful watchdog from the list presented.

Senator Armando Benedetti said “the election of the Inspector General will not be accepted from a trio chosen by the President,” according to El Espectador newspaper.

The senate is currently debating a series of reforms to reorganize the balance of power between branches of government.

The current Inspector General has been a controversial figure, remnant from the Alvaro Uribe presidency (2002-2010).