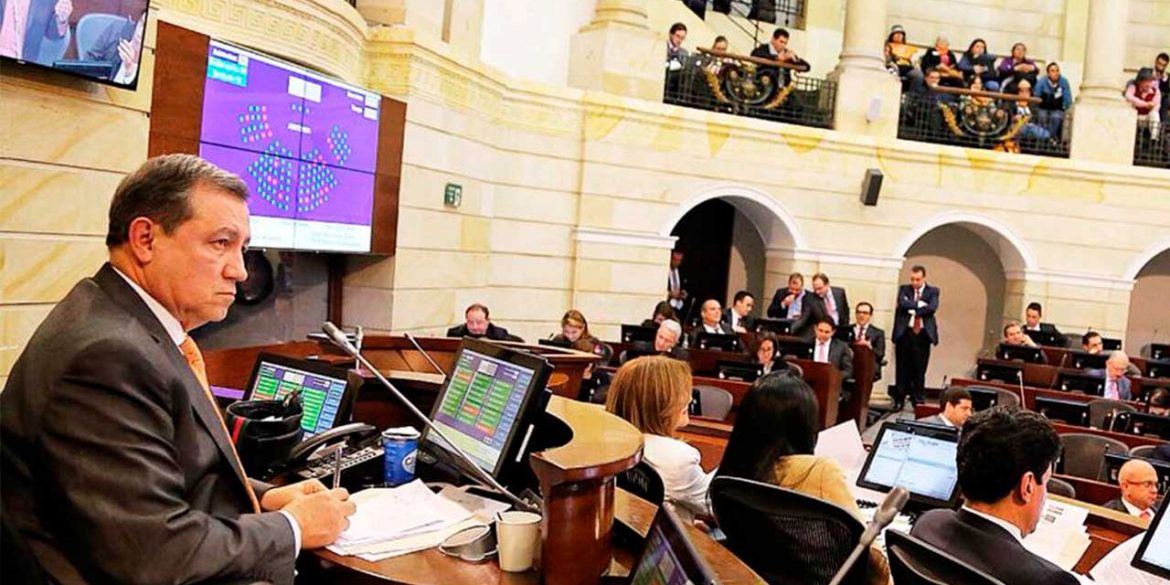 Colombia President Ivan Duque’s formal inauguration of Congress’ second year ended up in chaos after his party was caught red-handed trying to sabotage the opposition’s response to the president’s speech.

The mess caused by outgoing Senate president Ernesto Macias was similar to the one caused by Duque’s far-right allies during the president’s inauguration last year.

Exactly as last year, the day began as planned and full of ceremony; accompanied by an extensive entourage, Duque walked from the presidential palace to Congress to give the speech in which he would outline his policy plans for the coming year.

And exactly as last year, Duque’s attempt to come across as an elegant head of state were shattered by Macias, of whom nobody really knows if he finished high school or not.

How it was supposed to go

Duque and his entourage on their way to Congress.

After Duque’s arrival in Congress, the president was expected to give his annual speech — similar to the State of the Union in the Unites States — to outline his policy plans for the coming year.

At the end of this speech, an opposition representative would then be given the word for a rebuttal speech similar to the response to the State of the Union of whichever party that finds itself in opposition of the governing party.

At the end of the ceremony, Macias would hand the gavel to his successor and everybody would go home and enjoy their last day off before sessions begin on Monday.

You can always count on Macias to screw things up

Duque arrived at Congress without a scratch, but as the president was greeting lawmakers, Macias told one of his aides about his “final trick” to sabotage the opposition, but forgot to turn off his microphone.

We’re obliged to let them speak after the president, so I’ll ask the commission to accompany the president and I’ll get him out of here. They don’t know. It’s my final trick as president, hahahaha.

“They didn’t turn off my microphone,” the far-right senator found out minutes after his latest abuse of power to stifle opposition to the president was exposed.

Duque held his speech and — as planned — was escorted out of Congress before opposition Senator Jorge Robledo could reach the pedestal for his rebuttal. Congress descended into chaos.

The noise did not allow Robledo to speak, who — unaware of the ruling party’s plan to shut him up — asked Macias to call order.

“Your 20 minutes have begun,” Macias replied, proudly observing the disorder he had caused on his last day.

The now-former senate president ended his tenure as it began when he inaugurated Duque, with a clear disdain for democracy.

And again Macias ruined Duque’s attempts to keep up the appearance he is the president of the republic and not the plaything of a bunch of kleptocrats.