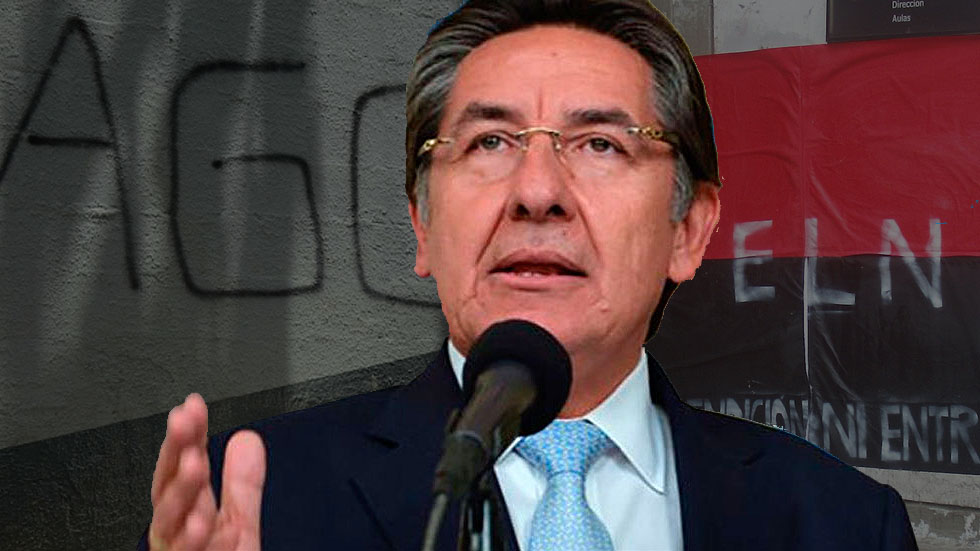 Colombia’s chief prosecutor announced an offensive against guerrilla and paramilitary successor groups trying to take over territory from the FARC once the rebels have demobilized.

The country’s largest rebel group is set to demobilize and disarm after a peace deal with the state, leaving numerous profitable operations in drug trafficking and illegal mining for grabs, unless Colombian authorities take control of these areas first.

The government fears illegal armed groups might use the FARC’s demobilization to strengthen themselves while the guerrillas fear a paramilitary onslaught on unarmed former members and activists in general. In at least one case, a FARC front announced going solo.

To curb a post-conflict crime-scramble, Colombia’s National Police a few weeks ago dispatched its first men to areas so long controlled by the FARC some civilians had never seen a policeman before.

Colombia Police is moving in and taking over FARC territory. Here’s how

But, Colombia’s guerrilla, neo paramilitary and drug trafficking groups are quick, a lot quicker than many countries’ state apparatuses.

Years before peace talks were finished, paramilitary successor group AGC moved into FARC territory in central Colombia after having assumed almost absolute control of criminal rackets along both the Pacific and Carribean coasts.

Meanwhile, the ELN moved into its former ally’s territory and has reportedly begun charging “taxes” where the FARC stopped. Additionally, the group is reportedly trying to increase its military capacity by recruiting dissident FARC fighters.

This Plan Hope consists of a heightened priority for the investigation of armed conflict-related crimes like homicide, drug trafficking and extortion.

The probes comply with the state’s promise in its peace deal with the FARC to increase pressure on the ever-growing public-security challenge of the paramilitary successor groups and their allies within pretty much all levels of government.

After the demobilization of the AUC, revealed major links between corporations, national politicians and death squads, these investigations will focus on the victimization of rights defenders in risk areas.

The investigators have a regional approach and prioritize crimes committed in post-FARC risk areas in order to remove criminal incentives for illegal armed groups and establish consistent authority.

Nariño is the Colombias #1 coca cultivation province and one of the main corridors on the Pacific coast for cocaine traffickers, primarily the ELN and AGC.

Amid alarming violence rates and clashes between the ELN and AGC in the west and southwest of Colombia, the prosecution first focused on this province.

How to end almost absolute impunity

According to Martinez, Plan Hope has been in action for a while already and has already led to concrete results in an attempt to provide justice for civilians, rights workers and victim organizations after decades of almost absolute impunity.

Since the beginning of the year and thanks to the new offensive, the chief prosecutor said, alleged neo-paramilitaries were arrested for the murder of a local leader of the leftist Patriotic march movement.

Similarly, nine alleged members of the ELN were arrested for “disturbing the peace and quiet” of the Awa indigenous people, said Martinez.

Instead, he focused on the leftist rebel group with which the government is trying to have peace talks.

Nevertheless, the chief prosecutor said his office had been able to solve 14 homicides of indigenous, farmers, civil and human rights defenders.

While peace deals with the FARC and other illegal armed groups have drastically reduced the country’s homicide and conflict-related death rates, another form of violence has quietly risen instead: political violence against the unarmed, including political and social leaders, and many types of  rights activists.

For your average person, Colombia last year was the safest it has been for 35 years.

But the same year, conflict monitoring NGO CINEP registered 873 death threats against a greater number of people, of whom 191 were human rights activists.