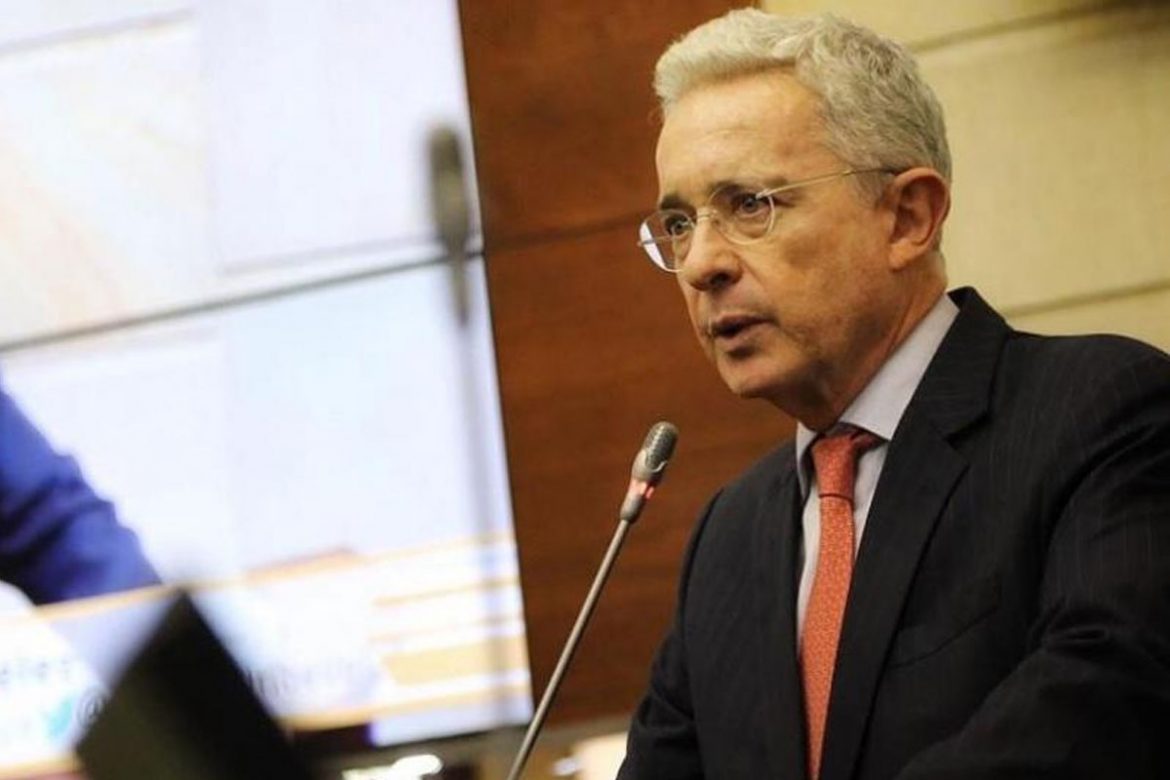 Colombia’s prosecution asked a Bogota court on Wednesday to revoke an indictment on fraud and bribery charges against former President Alvaro Uribe.

Controversial prosecutor Gabriel Jaimes said he supported the former president’s writ that asked the Bogota Superior tribunal to revoke a ruling of a lower court to uphold the Supreme Court’s 2018 indictment.

The allegedly criminal patron of President Ivan Duque resigned from the Senate in August last year to end a Supreme Court investigation after being placed under house arrest.

The high court agreed to forward the investigation to a lower court after Uribe renounced on his congressional privileges.

Prosecutor General Francisco Barbosa, one of Duque’s best friends, appointed the fringe prosecutor to take up the case.

Indicted despite the prosecution

An arraignment judge agreed to lift Uribe’s detention, but an appeals court decided in November that the Supreme Court’s indictment against the former president remained in place.

The ruling forced Jaimes to continue the criminal proceedings, which the far-right prosecutor didn’t.

Jaimes said that “the prosecution shares the constitutional concerns” of Uribe’s defense lawyer.

The attorney of the victim of Uribe’s alleged witness tampering practices, opposition Senator Ivan Cepeda, asked the court to uphold the indictment, claiming that the writ would only be applicable in the event “the suspect has exhausted all judicial means.”

Uribe found himself investigated by the Supreme Court after it found evidence that the former president had bribed witnesses to sustain bogus criminal charges against Cepeda filed in 2014.

Uribe resigned as the Senate leader of his Democratic Center party in panic, but changed his mind and allegedly tried to bribe more witnesses to beat the charges.

When the court placed Uribe under house arrest, Duque’s patron left the senate for real in the hope to have a better changes if tried by the notoriously politicized prosecution.

By then, however, the president was also being investigation for allegedly colluding with the mafia to rig the 2018 elections in favor of Duque, an investigation the Supreme Court refused to drop.

Uribe has been tied to organized crime since he began his political career under the wings of the Medellin Cartel in the late 1970’s but was able to evade justice after his bogus charges against Cepeda went wrong.