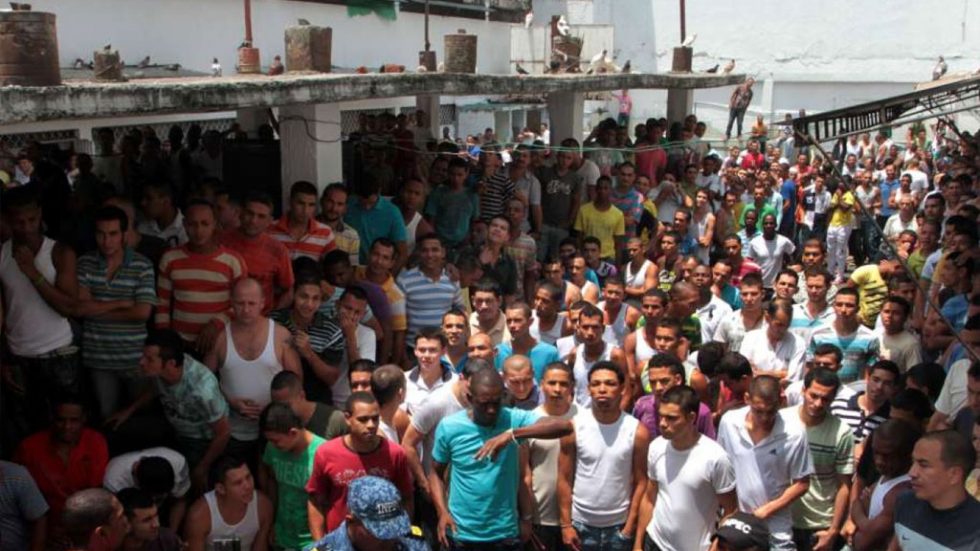 Colombia’s Ombudsman on Monday called for the closure of some of the nation’s prisons due to extreme overcrowding and a chronic humanitarian crisis that is unfolding, reported El Pais newspaper.

Almost a year after garnering national attention, prison overcrowding throughout Colombia continues to climb, due in major part to a backlogged justice system and wholly inadequate facilities.

Carlos Negret requested that the Constitutional Court close the prisons in Riohacha in the La Guajira province and Bellavista in Antioquia, which suffer overcrowding rates of 452% and 283% respectively, according to El Pais.

Last May, the country’s Justice Minister declared a state of emergency in the country’s prison system. Facilities across Colombia were overcrowded, understaffed, and underfunded.

To address the most pressing concerns–mainly access to healthcare–the decree granted the National Penitentiary Institute (Inpec) and the Penitentiary Services Unit (Uspec) broad powers to expedite contracts to renovate prisons and increase access to adequate healthcare.

According to Inpec, the 316 prisons throughout Colombia are designed to hold about 78,000 prisoners. The current prison population is almost 120,000–an overcrowding rate of 52%.

Health and personal safety remain major concerns within prison populations. Between 2013 and 2015, 1255 inmates died inside Colombian prisons, according to a report by researchers from Colombian NGOs Dejusticia, Colombia Diversa, and Bogota’s Externado University.

“It was not possible to determine which of these deaths were derived from a lack of timely medical care, a diagnostic error, medical malpractice, or irrational use of force,” the report says.

Researchers also warned of the high instances of sexual violence, which is often under-reported by prisoners due to fear of reprisals.

According to El Pais, Colombia’s Justice Ministry plans to increase capacity for 4080 additional inmates by improving infrastructure and building three new penitentiary centers, which are already under construction.

Colombia has also passed a new law in January allowing judges to reduce deadlines and calendar timelines for cases that require less investigation.

However, with over 93,000 hearings currently pending in the country’s court system, over a thousand of which have been delayed for over a year, the law’s potential effect on reducing the country’s prison population will largely depend on the level of commitment of the Justice Ministry.