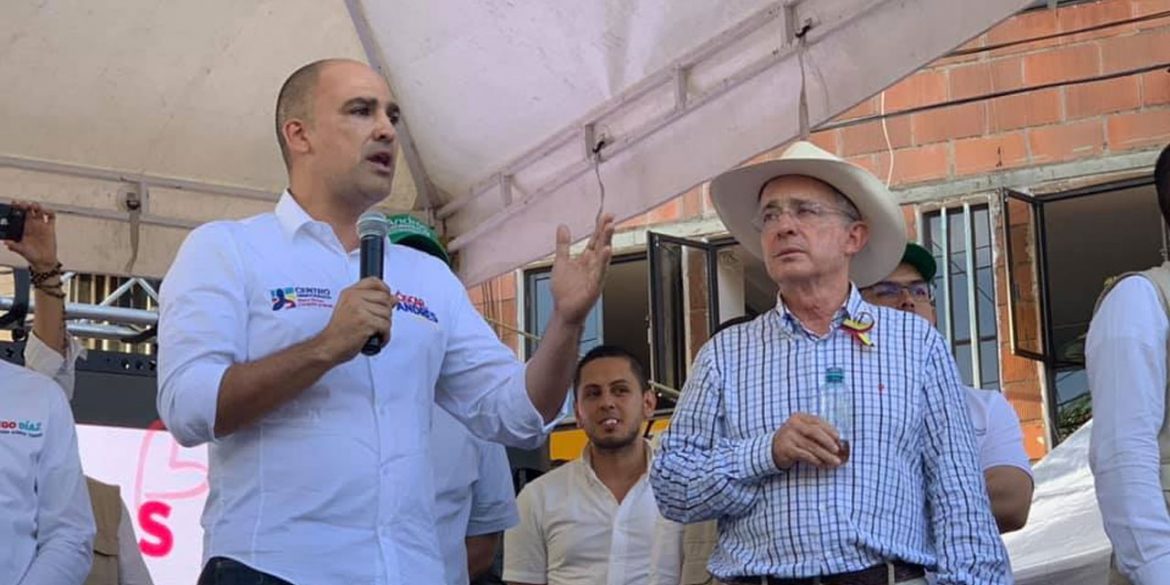 Colombia’s politicians are NOT crooks, except the guy with the ankle bracelet maybe

If you thought Medellin politicians were corrupt, go to the neighboring Bello municipality. Its mayor-elect is allegedly so corrupt he celebrated his reelection on Sunday wearing an ankle bracelet.

Perez of the far-right Democratic Center (CD) party got reelected despite pending criminal charges from when he was mayor between 2008 and 2011.

The mayor elect belongs to the influential Suarez crime family, which has run the city for more than two decades and is close to outgoing Governor Luis Perez and the Ramos family, who lost the elections in Medellin.

A judge ordered prison authority INPEC to give Perez an ankle bracelet in January already, but Medellin’s INPEC director didn’t confirm this until October 21.

The next day, Perez proudly showed his followers on social media he was wearing no ankle bracelet at all and the judge ordered INPEC again to comply with the court’s orders.

The judge immediately received a threat in which “we warn you that if Oscar Andres Perez loses the elections we will blow your fucking head off.”

Other candidates said gangsters were extorting the, charging $60 (COP 200 thousand) for every poster they wanted to put up, which they refused.

The strategy worked and the party of the Uribe, Ramos and Suarez families won the election in Bello, unlike in much of the rest of the Antioquia province where the CD suffered a devastating defeat.

For the sixth consecutive time, the Suarez family was able to swing the elections to their favor, despite the criminal charges against their candidate, Uribe and the Ramos family patriarch.