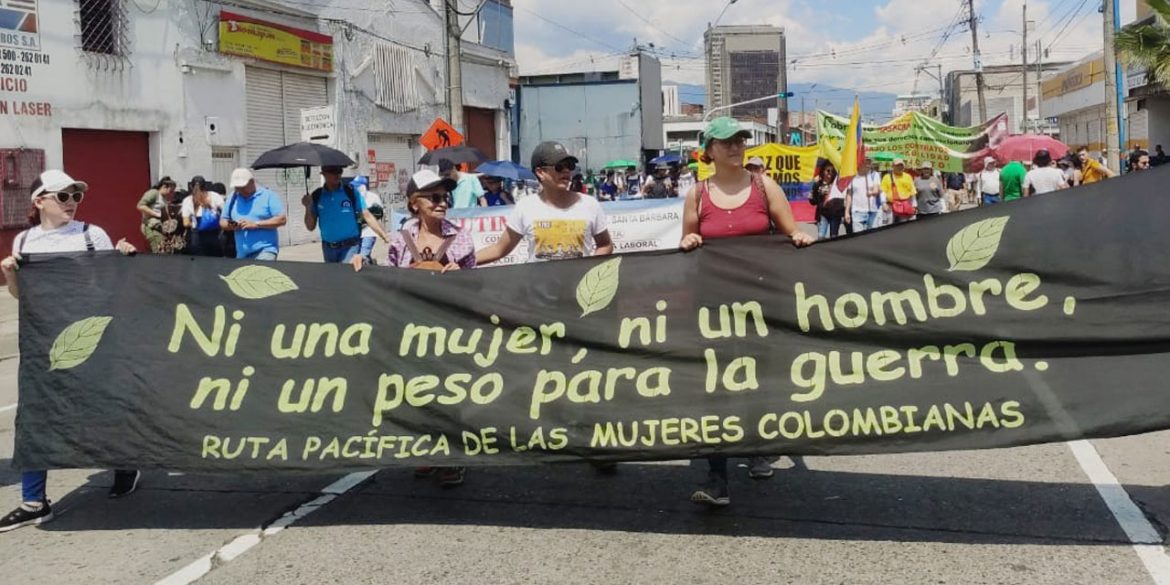 Peaceful anti-government protests that resumed throughout Colombia on Tuesday were marred by violent incidents and alleged human rights abuses by police.

The protests were meant to be a rejection of violence, but masked men and police sabotaged attempts by municipal authorities and protest organizers to maintain the peace in Bogota and Medellin.

Ahead of the first protest day of the year, police raided the homes of two human rights defenders in a similar fashion as in November last year, when the protests kicked off.

“We believe they are fabricating false judicial positives as occurred days before the first day of mobilizations last year,” Isabel Fajardo of the Popular Human Rights Network told Contagio Radio.

A third member of the organization was arrested when she refused to leave an injured minor alone with police, according to news website Pulzo.

According to human rights organization Defender la Libertad, 12 people were injured and 87 were arrested in the capital.

While the anti-government marches were taking place in the east of the city, media flocked to the west of the city to report on the clashes of which it is uncertain if they were related to the marches.

Clashes also broke out when the peaceful protesters arrived at the central Bolivar Square in an apparently similar strategy used in November to prevent the protesters from reaching the square.

Locals published several images of policemen putting clothes over their uniforms in alleged attempts to infiltrate and sabotage the marches, but the veracity of these images could not be verified.

Colombia steps up violent repression of peaceful protest in Bogota

In Medellin, the march was entirely peaceful until the protesters reached the Parque del Poblado and masked men appeared who began attacking police and a hotel a block away from where the protesters were hiding from the rain.

Despite the peaceful protesters shouting “the masked guys do not represent us,” police attacked them with teargas. According to defender la Libertad, three people were arrested while an unknown number of people were injured.

According to one protester, loathed riot police unit ESMAD threw a tear gas grenade inside a bar where people, including minors, were hiding from the rain.

One five-year-old-girl and one 11-year-old girl were treated because they had been affected by the tear gas, according to another eye witness.

Organizers were forced to cancel the concert they had been planning in the park.

Human rights defenders from Bogota said that the ESMAD ignored the protocols of Mayor Claudia Lopez and attacked protesters without previous mediation.

In Medellin, police also allegedly ignored protocols that had been adopted by Mayor Daniel Quintero to prevent attacks on peaceful protesters.