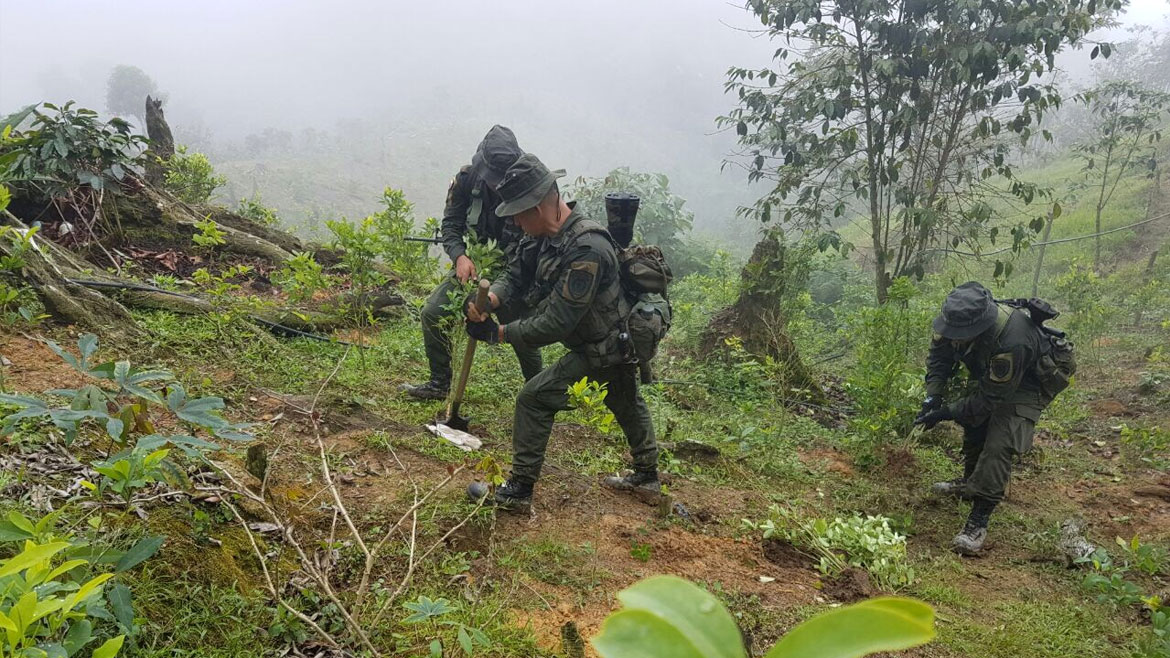 Colombia’s peace process is “essential” for the US government’s counternarcotics efforts in the country, embassy officials told newspaper El Tiempo.

Two US Embassy officials said that the counternarcotics policy of President Joe Biden will go hand in hand with the implementation of a 2016 peace deal with former guerrilla group FARC, El Tiempo reported on Sunday.

Biden’s Colombian counterpart, President Ivan Duque, has been reluctant to implement the peace process that has been fiercely opposed by Duque’s far-right Democratic Center party.

Duque’s Defense Minister Diego Molano and his predecessors have been pursuing a hardline counternarcotics strategy that focused mainly on the forced eradication of coca and the resumption of the aerial spraying of coca.

This strategy, which was separated from the peace process, received the support of former US President Donald Trump.

The Biden administration, however, believes that “there needs to be a close alignment between the implementation of peace, security and coca reduction,” one embassy official told the government-loyal newspaper.

Essentially, our idea is that the territorial transformation as a result of the full implementation of the agreements is the best long-term security strategy and the most promising and sustainable solution to the problem of illicit crop cultivation.

“You can’t just eradicate and attack criminal groups. That is one element of the solution, but at the same time it is necessary to fill that vacuum with state presence, citizen security and infrastructure that provides opportunities for the legal economy to take root,” a second embassy official told El Tiempo.

The embassy officials echoed claims by House Representative Patrick Leahy of the Democratic Party, who told El Tiempo last week that “we have seen over the years that sustainable progress is not measured by eradicated hectares” and that “we also don’t see evidence that illegal armed groups are being dismantled.”

The peace deal included a counternarcotic policy that prioritized a crop substitution program and the development of a policy to dismantle illegal armed groups.

Duque, who was elected with the help of a drug money launderer, has refused to dismantle illegal armed groups and has all but ended voluntary crop substitution.