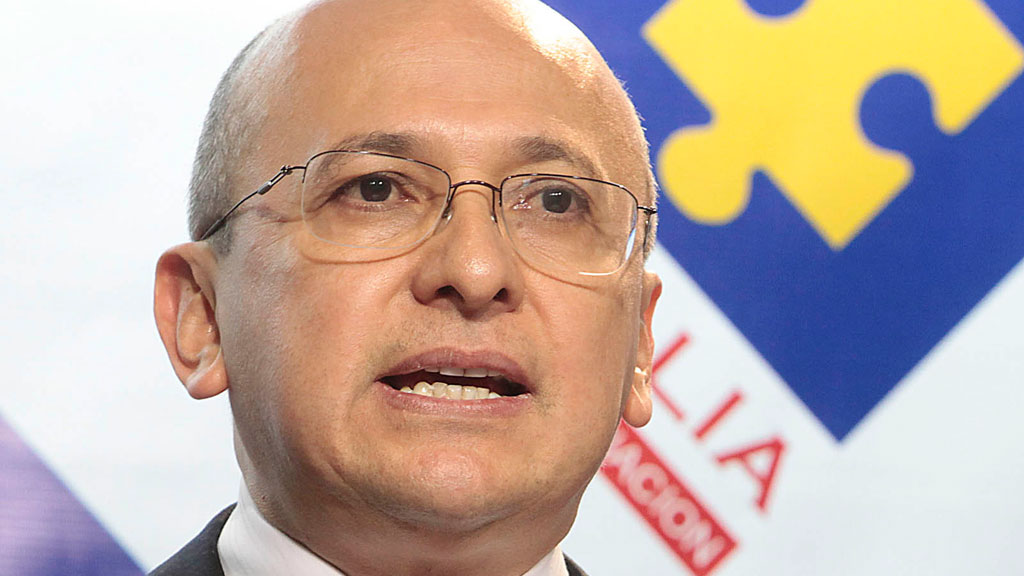 Hours before leaving his post, Colombia’s outgoing Prosecutor General presented an audacious proposal to Congress in which he urged to decriminalize abortion.

Now-ex-Prosecutor General Eduardo Montealegre presented a 75-page document to congress on the day he finished his term as Prosecutor General outlining his desire to change abortion law in the South American country.

“There are several legal, constitutional, social and public health reasons, and even criminal policy justifying the decriminalization of abortion in Colombia. Precisely for these reasons it is necessary for the term to which women can have an abortion beyond the first trimester, without implying the need to resort to unsafe procedures that endanger their health or life,” read the document.

In essence, the proposal indicates that the woman who has an abortion or allows someone else to carry out the procedure, after 24 weeks of gestation (six months), would be liable to imprisonment of six months to a year.

However, before this time, there would be no crime committed.

In Colombia, abortion was illegal under any circumstance until 2006. Currently it is only legal under three circumstances; when continuation of the pregnancy presents a risk to the life or health of the mother, when there are serious malformations of the fetus that render it unviable and when the pregnancy is the result of rape, incest, or artificial insemination or implantation of a fertilized ovum without consent.

Prior to this, abortion in Colombia was illegal without exceptions.

Montealegre’s initiative proposes that abortion is not subject to the three grounds required by the Constitutional Court, but a free choice within the framework of the “empowerment of women”.

The former Prosecutor General has long been a proponent of loosening abortion law in Colombia. He is confident that the Legislature is ready to approve such a motion.

“It is a difficult issue that is controversial, there are very respectable religious views, but Colombia is prepared to take this step because you have to advance the protection of women and the fundamental right to decide freely,” he stated.

“From the Conservative Party we express our rejection of the project presented by the outgoing prosecutor Eduardo Montealegre. Our position, which we have maintained is none other than the defense of life. Legalizing abortion is not the sense in being protected the rights of minors, or defends the Colombian family,” House Representative David Barguil told Semana magazine.

Senator Viviane Morales of the Liberal Party, a vociferous opponent of abortion, said that “it doesn’t fit that someone as machista as Montealegre lays claim on a feminist issue, and moreover, present a project that can no longer be debated in Congress.”

Abortion is a controversial issue in Colombia. The high numbers of illegal abortions have sparked much debate as to whether reform is needed.