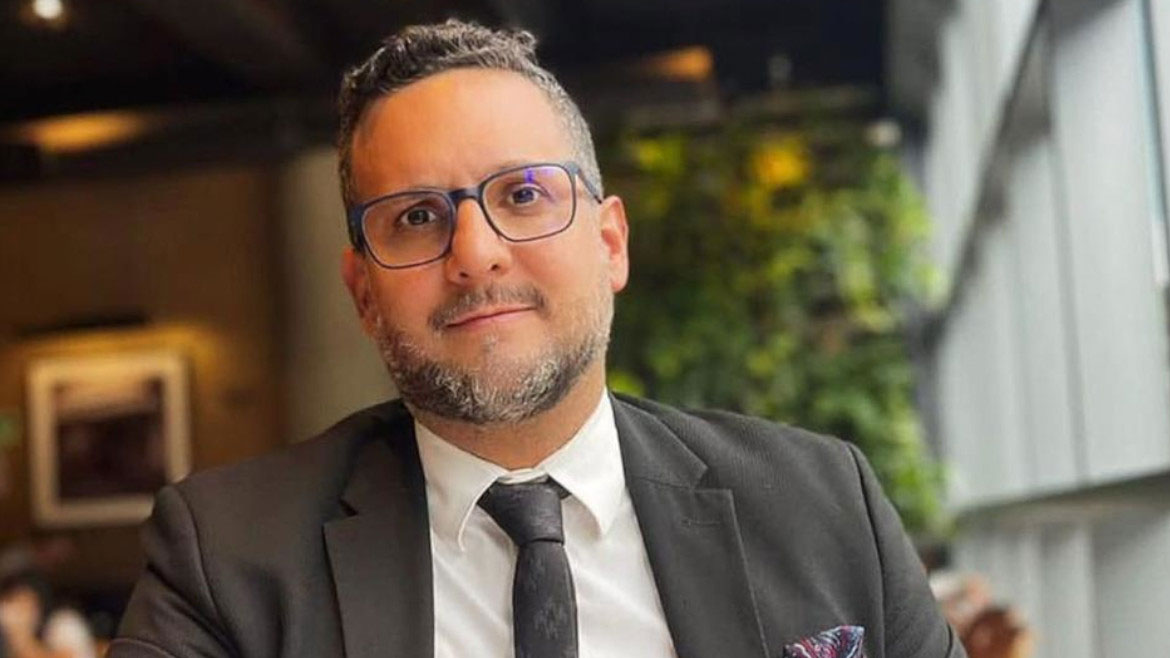 The offensive is led by Miguel Angel del Rio, an attorney who played a key role in Colombia’s most fraud allegations that implicate President Ivan Duque.

Del Río told Spanish newspaper El País that he has a team of 100 volunteer attorneys to press criminal charges against anyone engaging in fraud in his home region ahead of the first round of presidential election on May 29.

The attorney tweeted criminal charges against a Conservative Party politician and the CEO of Colombia’s largest milk producer Colanta  on Wednesday.

Evidence indicates that Yahir Acuña, a convicted fraudster from Sucre, was conspiring to buy votes. 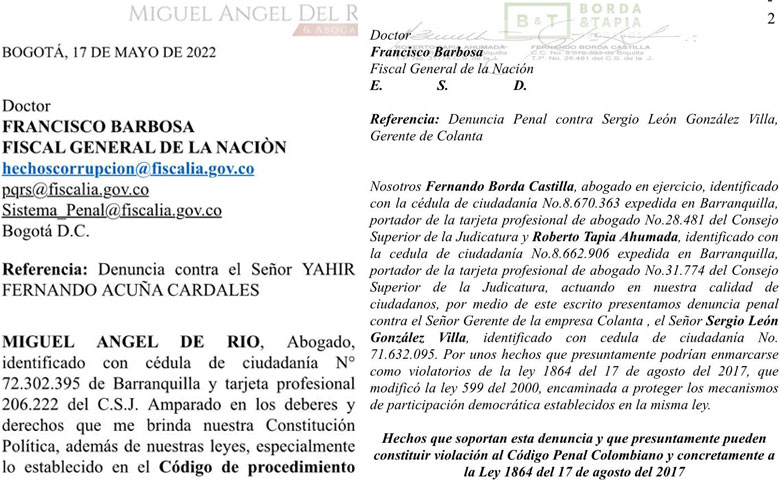 The media-savvy attorney’s offensive is only partly legal in nature, and also seeks to make electoral barons think twice before engaging in any election fraud.

In Barranquilla, the largest city in the Caribbean region, Petro’s campaign put up billboards with instructions on how to report alleged vote-buyers.

Barranquilla is the hometown of Del Rio and the notorious Char Clan, one of the most powerful backers of in the Caribbean region.

The opposition attorney additionally warned powerful politicians from the region that he was onto their alleged conspiracies to buy votes.

David Barguil is the big vote buyer in Cordoba. He competes with Marcos Pineda and Erasmo Zuleta to see who buys more for Fico. They manage Monteria, Cerete, Planeta Rica, Tierra Alta and others. They will be charged.

Del Rio’s legal and media offensive appears to have an effect, at least on the establishment candidate.

Gutierrez claimed last week to be the victim of “dirty campaigning” by Petro and moderate candidate Sergio Fajardo, whose emissaries attended the establishment candidate’s campaign rallies.

Del Rio sued the candidate after being accused of hiring Venezuelan migrants to “infiltrate” his campaign.

Interior Minister Daniel Palacios told government=loyal weekly Semana that he was warned by Gutierrez’s campaign manager about a recording device that was allegedly found in their headquarters in Medellin.

Apart from Petro and Fajardo, the independent Electoral Observation Mission (MOE) and European election observers have been investigating fraud allegations.

The website has received more than 370 complaints about election fraud ahead of the presidential elections so far this year.

Following multiple complaints about employers intimidating their workers, the MOE rejected the “criminal behavior” of companies trying to coerce their employees.