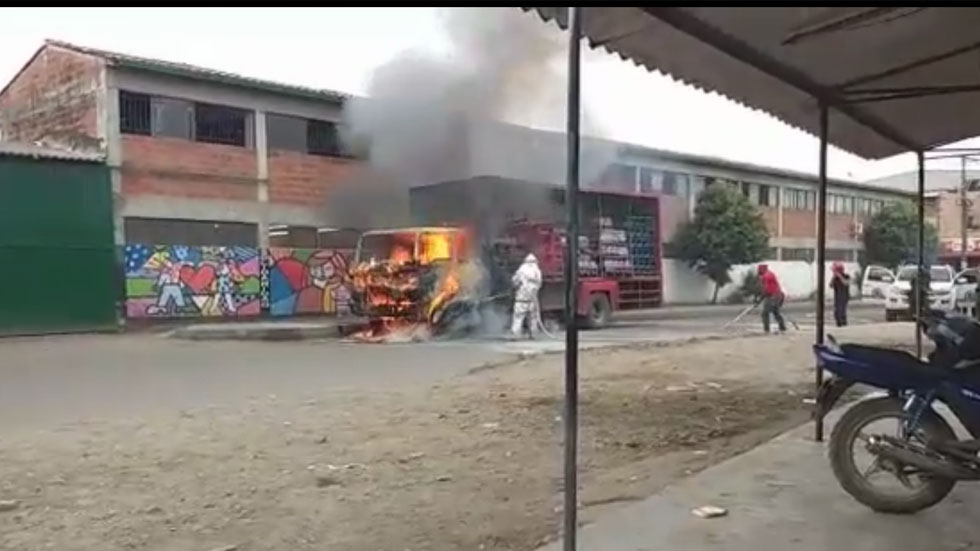 Three trucks carrying soft drinks and beer were burnt by alleged members of neo-paramilitary group AGC on Wednesday morning as the group violently tries to pressure the government into peace talks.

One of the vehicles attacked belonged to Coca-Cola, while the other two were owned by Colombian brewery Bavaria.

The attacks took place in Carepa, Mutata and Belen de Bajira, all located in the AGC-controlled Uraba region in the Antioquia province.

Based on witness testimonies, police attributed the crime to the “Gaitanista Self-Defense Forces of Colombia” (AGC), or “Gulf Clan” as authorities have named them, which operates throughout Colombia, but mainly along the country’s Caribbean and Pacific coasts.

Today, criminals belonging to the Gulf Clan set three trucks on fire, one belonging to Coca-Cola and two belonging to the company Bavaria. At this moment the national army and national police force are together carrying out intelligence and judiciary operations, in order to locate those who attacked these companies, which are either stationed or have their distribution centers here in Apartado.

According to Caracol Radio, a security council in the municipality of Carepa is taking measures to determine the reasons for the attack, while police are taking the necessary actions to ensure that other delivery vehicles are protected.

However, Wednesday’s events draw comparisons to similar acts of vandalism which took place last year, in which two delivery trucks were set on fire in the same region, after workers at the companies had refused to pay extortion demands.

The AGC, a.k.a. “Los Urabeños” are undoubtedly recognised as Colombia’s largest neo-paramilitary group with between 3,000 and 8,000 members.

Colombia’s national police stated that the AGC had “no more than 3,000 members”, already positioning it as Colombia’s largest illegally armed group owing to the recent disarmament of the FARC.

Amid the killings of community leaders, leftists and police, the AGC is seeking to enter a peace process of demobilization, disarmament and reintegration under the same conditions as their former archenemies, the Marxist FARC guerrilla group.

While the paramilitaries claim to have a political purpose, the government has consistently claimed that the group, formed by dissident members of he now-defunct paramilitary umbrella organization AUC, is an organized crime organization.