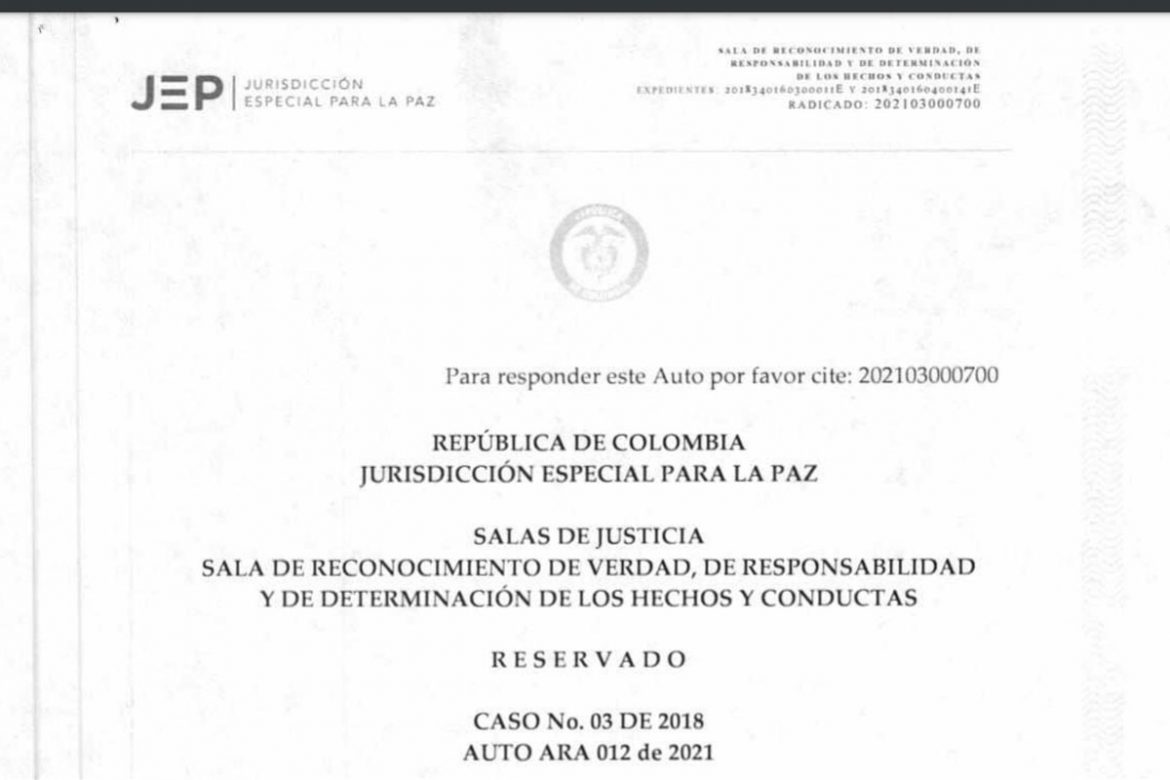 Colombia’s war crimes tribunal ordered investigations into the military for allegedly tampering witnesses testifying against former commanders over the mass killing of civilians.

The Special Jurisdiction for Peace formally asked the Prosecutor General’s Office and Inspector General’s Office to investigate witness claims that lawyers provided by the military were telling former soldiers not to incriminate generals “to avoid problems” in 2019 and last year.

One soldier testified that attorneys provided by the Specialized Technical Defense Fund (Fondetec) “told us: what evidence do you have to link [retired] general [Mario] Montoya, the [former] commander of the army. Your situation could be turned upside down.”

Montoya is suspected of being one of the architects of the sinister practice to execute civilians and present them as guerrillas killed in combat that became common under former President Alvaro Uribe.

According to soldiers, Fondetec had been manipulating witnesses “to improve the defense of those in the top” of the military, which is investigated for the killing of between 2,500 and 10,000 civilians is being complicated by Fondetec, soldiers told the transitional justice court.

The military allegedly sought to also manipulate imprisoned soldiers during a two-day “Educational Course About the Integral System for Truth, Justice and Reparation and Psycho-Social Assistance for Witnesses Before the Special Jurisdiction for Peace” in late 2018.

Fondetec director Jorge Arturo Ramos told government-loyal newspaper El Tiempo that no attorney provided by the military had been instructed to tamper witnesses.

Never have instructions that would break the law been given and we are working to strengthen this free specialized technical defense mechanism for the heroes of the homeland.

At least one civilian witness against Montoya survived an assassination attack. Multiple soldiers have said they were threatened with death for testifying against the former general and convicted former Colonel Hernan Mejia.